A new Italian-themed retail concept is chaotic and confusing — but it just might work.

One of the adages I live by is the comment, made by a variety of social critics, that "everything you know is wrong." Sometimes one needs to be willing to accept that much of the "common wisdom" one accepts unquestioningly might be inaccurate — especially when one comes across something that's clearly irrational but nevertheless compelling.

That's my frame of mind regarding Eataly, a new Italian food mega-market/restaurant not far from my home. Eataly is the latest brainchild of Mario Batali and Joe Bastianich, who are partners in a large number of Italian restaurants in New York, including two of the best — Il Posto and Babbo — as well several other eateries. Additionally, Batali has become a leading celebrity chef through appearances on The Food Network and elsewhere, and the creation of various cookware lines with leading manufacturers. While Batali and Bastianich have had great success in the restaurant business, their prior experience as retailers has been limited to Internet offerings of their product lines.

But Eataly is quite the retail experience. In a relatively large space — roughly 20,000 square feet — Batali and Bastianich have created an environment as disorganized and raucous as any authentic Italian market. Eataly is dedicated to covering all aspects of Italian food. There are "stores" (really just loosely defined areas) selling meat, fish, produce, deli meats, cheeses, pasta, bread, pastries, coffee and gelato, among other products. There are also areas devoted to Italian-designed cookware and Italian cookbooks. Basically, if it's Italian and related to food in any way, you can find it at Eataly. Just to prove the point, there's even a cash machine from one of Italy's leading banks. There are also some five restaurant-within-a-restaurant components in the complex, each one focused on a certain type of food. You can choose to eat at Manzo (meat), Pizza, Pasta, Verdure (vegetables) or Pesce (fish). No clever names here — just what they serve.

And as noted above, Eataly is a mess, although not literally. The place has been spotless each time I've visited. But it appears that it's not been arranged with much logic or forethought. In fact, it's barely "arranged" at all. The restaurants aren't isolated areas, but simply overflow into the aisles, with no clear demarcations or boundaries. It's not even clear where you pay for what. The people in line for the restaurants have no place to sit or stand, so they're left to loiter in the aisles. And certain departments are even broken up for no apparent reason — fresh pasta is a good 30 steps from dry pasta, and cow milk mozzarella is about 100 yards from the buffalo milk variety.

Beyond the big things, Eataly is a mess in many little ways as well. The carts don't really work, the lights indicating open check lanes seem to flash randomly, and the price labels in the bread department fall off the bags. It's all so crowded that you can barely move through the store. An operations efficiency expert would find a life's worth of work here — if his head didn't explode first.

But here's the punch line: Somehow it all works. What Batali and Bastianich lack in conventional "retail knowledge," they make up for in food expertise and just plain enthusiasm. I keep going back because I want to shop some more. I want more of the delicious, thinly sliced porchetta. I want another loaf of rustic fig bread. I want another bag of imported egg noodles. I even want more baby Brussels sprouts. And I want to breathe in the excitement that flows through the store.

I have no idea whether Eataly will succeed or fail. It could succeed on all fronts, it could succeed because of the highly popular restaurants and fail as a retail store, or it could fail for any number of reasons, among which would be those noted above. Devoid of a crystal ball, I can't say whether the inherent charms of Eataly will outshine the amazing flaws. But I hope it succeeds — if only because I love when the experts are proved wrong. And I love the porchetta and the rustic fig bread even more. 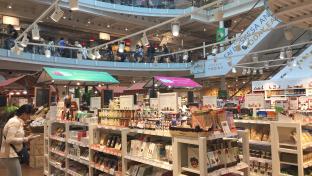 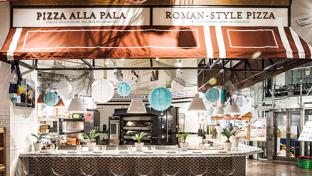 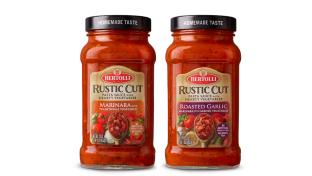 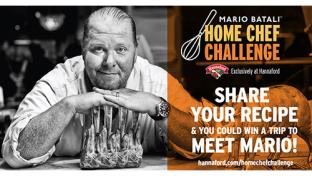 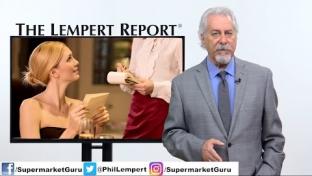