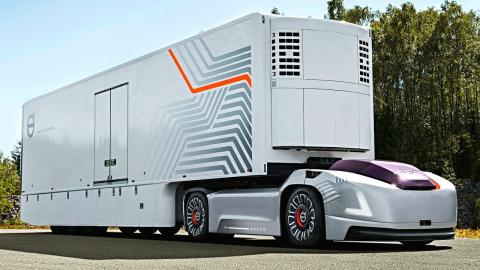 Autonomous vehicles offer a long-term solution to current driver shortage, but for now the transportation sector is dependent on humans and is short 80,000 drivers.

Competition for labor in the retail industry reached an unprecedented level this year and caused retailers to take extreme actions to fill open positions. Most notably, companies increased wages and expanded benefits, while some also resorted to paying signing bonuses to lure workers out of pandemic hibernation.

It didn’t help the situation that for much of the year, grocers were also competing against federal stimulus programs and extended unemployment benefits. That combination gave potential job-seekers a reason not to seek work and caused some retailers to alter operating hours or reduce service levels as they scrambled to fill positions. That’s a politically charged view that most retailers steer clear of expressing, but Walmart CEO Doug McMillion went there during a third-quarter investor call when asked to quantify the effects of the stimulus.

“It seems like the most pronounced thing we saw would be in hiring,” McMillon said. “Back when the stimulus dollars started to go away, the hiring situation changed faster. We saw people come back. In a matter of weeks, we were back to being staffed.”

Walmart, the nation’s largest private employer, managed to hire 200,000 people during the third quarter. If its experience is any indication, distortion in the labor market has eased, especially for retailers that offer the combination of advancement potential and increased overall compensation. Solving a labor-related challenge in another sector of the economy with a huge impact on retail won’t be as easy as paying a few dollars more an hour, however.

I’m talking about the supply chain — not the port situation that gets all of the attention and has more of an impact on general merchandise, but the domestic trucking piece. There’s been a driver shortage building for more than a decade in the transportation sector, due to the fact that truck driving isn’t the most appealing of professions for younger folks, and older drivers are retiring. Changes to hours-of-service rules and the introduction of electronic recordkeeping haven’t helped the situation.

Here’s how bad it is: The trucking industry is currently short 80,000 drivers, according to Chris Spear, president and CEO of the American Trucking Associations (ATA), the nation’s largest trade organization representing the trucking industry. Testifying this past Nov. 17 before the U.S. House Committee on Transportation and Infrastructure on the topic of “A Further Look at North American Supply Chain Challenges,” Spear shared a sobering message as he made the case for modernizing regulations and making targeted investments to attract a new, diverse generation of drivers and supply chain workers to the transportation industry.

“Without substantial action, by 2030 and at current trends, the driver shortage could grow to 160,000,” Spear warned. “Overall, nearly 1 million new drivers will need to be trained and hired in the next decade to keep pace with increasing consumer demand and an aging workforce.”

The trucking industry moves an estimated 70% of the nation’s freight tonnage every year, and over the next decade, ATA projects that trucks will need to move 2.4 billion more tons of freight than they do currently.

Changes to federal regulations could make trucking more attractive and autonomous vehicles offer long-term potential, but be prepared for a challenging 2022 in terms of cost and the timely delivery of goods. There aren’t enough people willing to get behind the wheel and move product from point A to point B, and an end to the pandemic won’t change that situation.