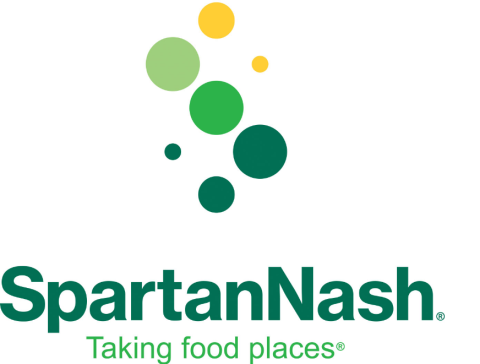 Overall sales rose more than 5 percent for both the fourth quarter and full fiscal year at grocery operator SpartanNash, with growth driven by gains in its food distribution and military segments, while retail sales lagged amid declining same-store sales.

Q4 consolidated net sales increased $96 million, or 5.3 percent, to $1.92 billion compared with the prior-year quarter. The Grand Rapids, Mich.-based company attributes the rise to growth in food distribution sales, primarily due to its Caito Foods Service acquisition and organic growth of 3.2 percent, as well as a continuation of improved sales trends in the military commissary business, partly offset by lower sales at retail.

Similar credit was given for fiscal 2017 overall results of $8.13 billion, an increase of 5.1 percent over the prior year.

“Our fourth quarter capped a year of continued progress against our key strategic initiatives,” said David Staples, SpartanNash president and CEO. “Our strong sales growth in food distribution demonstrates our ability to both expand our relationships with existing independent customers and drive new business. We achieved sales growth in our military segment in the second half of the year, consistent with our expectations, and experienced a strong sequential quarterly improvement as we continue to partner with DeCA (Defense Commissary Agency) on its key initiatives.”

The company reported Q4 earnings from continuing operations of $34.7 million, or 94 cents per diluted share.

Sales in Q4 for the military segment increased $13.6 million, or 2.7 percent, to $524 million, from $510.4 million prior year. The increase was primarily due to new commissary business in the Southwest and incremental volume from SpartanNash's private-brand program, partly offset by lower comparable sales at DeCA-operated locations.

Q4 net sales for the retail segment were $450 million, down from $479.2 million a year ago. The drop was primarily attributable to $18 million in lower sales resulting from the closure and sale of retail stores, as well as a 3.2 percent decrease in comparable-store sales.

“During the fourth quarter, we remodeled several retail locations under our refreshed Family Fare brand positioning, which provides customers with a more experiential and unique shopping experience,” Staples said. “We continue to pilot and test numerous innovative concepts and incorporate these learnings into our retail operations and distribution customer offerings. We are confident that these strategies and investments will serve to strengthen our competitive positioning in 2018.”

SpartanNash reported a loss from continuing operations for fiscal 2017 of $52.6 million, or $(1.41) per diluted share, compared to reported earnings from continuing operations of $57.1 million, or $1.52 per diluted share, a year ago The decrease was primarily attributable to current year noncash goodwill and asset impairment charges of $222.7 million, predominantly related to the retail segment, and higher costs associated with Caito operations and Fresh Kitchen startup activities, as well as increased LIFO and health care expenses, partly offset by the previously mentioned tax benefit and lower incentive compensation costs.

“We ended 2017 with the company positioned for growth despite the ever-evolving retail landscape,” Staples said. “During the year, we expanded our food distribution customer base and private-brand offerings, diversified our sales channels, continued optimizing certain aspects of our supply chain, and invested in both the Caito management team and our retail store base.”

While the retail environment remains “challenging,” Staples said: “we are focused on capitalizing on our growth opportunities and leveraging our differentiated business model to drive sales and profitability. We continue to take actions that we believe will enhance the convenience and value that we provide our customers and continue to see positive results from our investments. To enhance this momentum, we intend to invest approximately 50 percent of our tax reform savings in our associates and programs designed to improve our competitive position.”

For fiscal 2018, the company anticipates growth to continue in the food distribution and military segments, with retail stores’ comparable sales expected to be slightly negative to flat by the end of the year as stores benefit from new positioning of offerings.