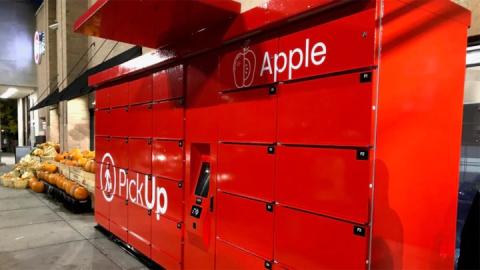 In October, Albertsons said self-serve pickup lockers are being tested in select markets.

For the period ended Dec. 5, same-store sales at Albertsons grew 12.3% on the strength of digital sales, which skyrocketed 225%.

"Our constant focus on our customers continued to drive strong growth and market share gains in the third quarter," said Vivek Sankaran, president and CEO. "It is clear that our strategy is working, and as we continue to execute on our strategic priorities, we believe we are well positioned to deliver sustainable growth over the long term. At the same time, we remain focused on delivering value to all stakeholders, including taking care of our customers, associates and the communities we serve as we continue to navigate through the pandemic."

Albertsons said it has spent approximately $1.1 billion in capital expenditures, which included accelerated investment in digital and technology initiatives, during the first 40 weeks of fiscal 2020.

Last week Albertsons became the first American grocer to pilot an automated and contactless grocery pickup kiosk from Estonian provider Cleveron. The temperature-controlled kiosk, located at one of Albertsons’ Jewel-Osco stores in Chicago, demonstrates the ongoing expansion of the company’s e-commerce business to provide convenient options for shoppers.

Customers who select the “Kiosk PickUp” option will be offered two-hour time slots during which they can pick up their groceries. When customers arrive at the kiosk, they scan a code on their phone and their groceries are robotically delivered to the front of the unit for pickup. The unit features two temperature zones: regular and deep freeze. A customer’s items can be stored in the two separate zones and still be delivered in the same console for pickup.

The Jewel-Osco kiosk is now fulfilling orders, and Albertsons plans to install a second unit at a Safeway in the near future.

“We are supercharging our digital and omnichannel offerings to serve customers however they want, whenever they want,” said Chris Rupp, EVP and chief customer and digital officer at Albertsons. “This innovative and contactless PickUp kiosk makes it even easier for customers to shop with us in a way that is convenient for them.”

Along with the new contactless pickup services, the company is ramping up the expansion of its Drive Up & Go offering to almost 1,400 stores by the end of the fiscal year.

In October, Albertsons also said self-serve pickup lockers were being tested in select markets. These lockers are being tested at Jewel-Osco locations in Chicago and Safeway locations in the San Francisco Bay Area. Customers in those areas can place orders using those stores' websites and apps with goods stored in the lockers for convenient pickup.

Gross profit margin increased to 29.3% during the third quarter compared to 28.3% during the third quarter of fiscal 2019. Excluding the impact of fuel, gross profit margin increased 25 basis points. The increase was primarily driven by continued improvements in shrink expense and sales leverage on advertising and supply chain costs, partially offset by expenses related to our growth in digital sales and select investments in price.

The next quarterly dividend of 10 cents per share will be payable on Feb. 10 to stockholders of record as of Jan. 26.