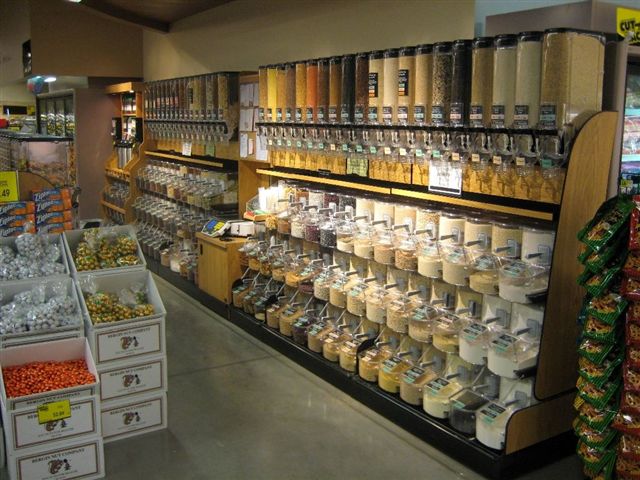 A shopper can save an average of 89 percent by purchasing natural and organic foods in the bulk foods aisle of a grocery store.

That’s according to a recent study conducted by the Portland State University’s Food Industry Leadership Center on behalf of the Bulk is Green Council. The study, the first of its kind in the United States, also found tangible environmental benefits of buying in bulk.

“We’ve long touted shopping in the bulk foods aisle as the most economical and environmentally friendly way to shop, and now we have the data to back up those claims,” said Todd Kluger, a founding member of BIG and VP of marketing at Richvale, Calif.-based Lundberg Family Farms. “Even better, with more and more U.S. grocery stores now offering a larger selection of bulk foods, these benefits are widely accessible.”

To arrive at the overall average cost savings of 89 percent, researchers made cost comparisons between organic bulk foods and organic packaged foods in a number of key categories, including coffee and tea, nut butters, flour and grains, dried fruit, spices, beans, pasta and confectionaries. The percentage of savings when buying in bulk differed from category to category, but averaging the savings across all categories resulted in an average of 89 percent lower costs compared to packaged counterparts.

The researchers also evaluated the environmental advantages of buying in bulk and found several. Chief among them is reducing the amount of product packaging going into landfills. According to the findings, if coffee-drinking Americans purchased all of their coffee in bulk for one year, nearly 240 million pounds of foil packaging would be saved from entering a landfill. If Americans purchased all their almonds in bulk for one year, 72 million pounds of waste would be saved from a landfill.

Food manufacturers also realize economical and environmental benefits by producing bulk foods, the study concluded. The findings show that a food company choosing to market bulk foods versus packaged foods can save an average of 54 percent on material and delivery costs since more pallets of bulk food can be packed onto delivery trucks.

Researchers found that consumers who do buy in bulk are aware of the benefits of doing so. The study’s findings show the main reason consumers shop the bulk foods aisle is for the ability to buy the exact quantity needed. As a result, consumers said bulk items were less likely than packaged items to be thrown away, which results in less food waste. Consumers also cited cost savings and the environmental aspect of using less packaging as the other top reasons for buying bulk.

“Our researchers worked diligently in the field to gather data and talk to consumers, and they conducted hours and hours of analyses,” said Dr. Tom Gillpatrick, executive director of the Portland State University Food Industry Leadership Center. “Many claims have been made regarding the benefits of buying in bulk, but there have been few quantifiable statistics to support those claims. We’re excited to be the first research team in the United States to substantiate that buying in bulk does offer tangible environmental and economical benefits.”

BIG has published the high-level findings from the study on its website.

The Portland, Ore.-based Bulk is Green Council is an organization dedicated to increasing consumer, retailer and grocer awareness of the environmental and economic benefits of buying in bulk. Founded in 2008, the council serves as a research and advocacy group, promoting industry trends and offering educational tools and resources online.