Can Grocers Solve 2 Dilemmas with 1 App?

Can Grocers Solve 2 Dilemmas with 1 App?

An Ontario grocer has taken a unique approach to reducing food waste while also helping Canadians on tighter incomes more easily afford to enjoy nutritious meals – all with a new mobile app.

Flashfood is giving shoppers at a Longo's store in Toronto the chance to purchase perfectly good surplus food on the phone, usually with three days to a month until the “best before” date, at “massively reduced” prices. Users are notified on their phones when new deals are available, pay via their phones, and pick up their purchases at the in-store Flashfood zone on the same day. Flashfood users then check out as they normally would while at the store.

Flashfood launched in January at Farm Boy’s Beaverbook location in London, Ontario, and is still running. Farm Boy has plans to add Flashfood at more of its London locations in the next few weeks.

In their partnerships with Flashfood, Farm Boy and Longo’s have diverted more than 1,500 meals from landfill, the equivalent greenhouse-gas emissions to those resulting from roughly 1,100 miles of driving. And annualized to date, Flashfood’s top shoppers would save roughly an additional $3,700 at year’s end.

While he currently is doing business with only Canadian food retailers, Flashfood founder and CEO Josh Domingues told Progressive Grocer that he's interested in expanding his partnerships across the border, with U.S. operators.

“We want to fundamentally change the way grocery chains are viewing their surplus food.  Right now, perfectly good food is being thrown out well before the 'best before' date. We're providing our partners a profitable, seamless way to reduce the amount of food they discard while also making food more affordable for our users,” Domingues said.

It's tough to not draw a comparison between the app and a small operation with big plans here in the states: Daily Table, a not-for-profit grocer in the Boston area, provides patrons with a variety of “tasty” and “convenient” foods – from staples like produce, bread, dairy and other items to grab-and-go meals – all priced to fit in any person’s budget. It does this by working with a large network of growers, supermarkets, manufacturers and other suppliers that donate their excess healthful foods, or provide the organization with special buying opportunities.

Doug Rauch, former Trader Joe’s president and co-CEO of Conscious Capitalism Inc., founded the not-for-profit. Interestingly, it doesn't price its products so much to compete with other grocers as it does to compete with fast-food chains.

“Many who are food-insecure or ‘hungry’ are overweight or obese because they can’t afford the foods they should be eating: more fruits and vegetables, dairy and protein," Daily Table says on its website. "By providing residents with tasty, convenient, healthy, affordable food, we think Daily Table can help address the challenges of hunger and obesity. And as a community, we need to find a way to tackle the issue of food insecurity in a manner that engenders dignity and self-respect while being economically sustainable.”

Flashfood and Daily Table are just two initiatives revealing grocers' increasing realization that, as Daily Table puts it, “hunger and wasted food are two problems that can have one solution.” Luckily, a growing number of entities are starting to do something about it. 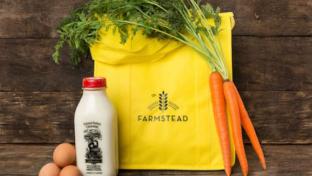 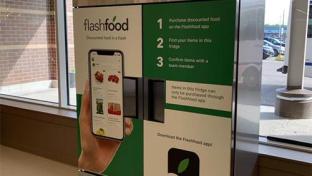 Sustainability
Meijer Expands Program to Keep Food Out of Landfills 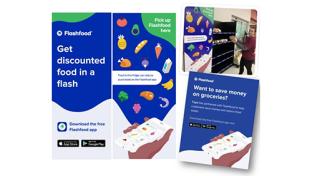 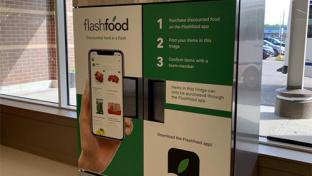 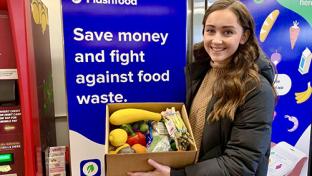 Perimeter
The Giant Co. Helps Shoppers Save on Fresh Food