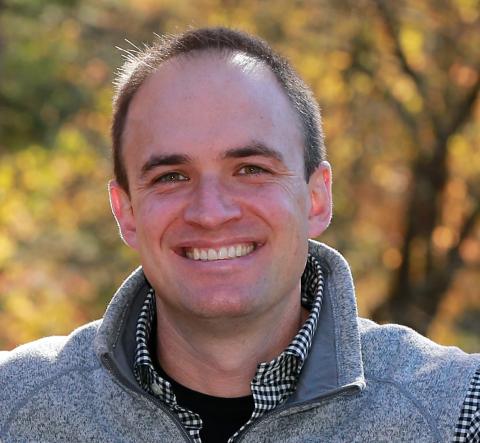 Like most things in retail, the process of launching and growing a brand has been disrupted. From product development to marketing and the supply chain, brand building today can be achieved by methods vastly different from those classically trained in the ways of major CPG companies.

Credit the internet for the monumental shift that eliminated barriers to entry that previously favored large, established companies. To compete, an entrepreneur with a dream faced an uphill battle to secure appointments with demanding buyers at multiple retailers’ headquarters. Then, if the product was deemed worthy, there were advertising commitments and sell-through guarantees to meet that retailers could justify based on the scarcity of physical shelf space.

Not so with the internet, and more specifically, the advent of Amazon’s third-party marketplace. Suddenly, an entrepreneur with an idea and access to contract manufacturing facilities or a steady flow of products could set up shop in the Amazon marketplace. It gained access to the world’s largest loyalty program in Prime, the nation’s dominant product discovery platform; sophisticated marketing capabilities; and a world-class supply chain focused on ever-faster delivery times.

Amazon’s marketplace became wildly successful, generating billions in sales and fees for Amazon, but also serving as a critical element of the company’s flywheel. The breadth of assortment available on Amazon, powered by third-party sellers, helped the company supplant Google several years ago as the place where the majority of shoppers search for products.

The Next Phase of Growth

So many third-party sellers are so successful on Amazon, generating sales in the seven- or eight-figure range, that a new type of company has emerged to help take those companies to the next level. These companies acquire the most successful brands in the marketplace, and then help them scale. Perch is one such company, founded by Chris Bell, a former Bain & Co. executive who was most recently general manager of supply chain for North America with home furnishings retailer Wayfair. Bell left Wayfair in 2019 to found Perch.

“We find great brands and make them better. We grow them and make them more effective and profitable,” is how Bell describes Perch’s business. “A big part of what we are building is a technology platform that will let us manage all these brands at scale. We focus mainly on the Amazon third-party marketplace, but we are starting to expand into other channels.”

There is tremendous investor interest in what Bell is doing, because the brands being acquired are already profitable, and there are a lot of them. In Amazon’s more recent second quarter, the company said that third-party sellers accounted for 56% of its unit volume, up from 53% in the same quarter the prior year. Perch estimates that in 2020, there were 8 million third-party sellers generating gross merchandise volume (GMV) of $300 billion in the Amazon marketplace. Amazon doesn’t disclose GMV, only the fees that it earns for the various services that it provides sellers, which totaled nearly $49 billion during the first half of the year.

Between the large pool of acquisition targets and Bell’s track record at Bain and Wayfair, it didn’t take long after Perch was founded to attract capital. In April 2020, it secured $8 million in funding, and six months later, in October 2020, it raised another $123.5 million. Then the company received a huge infusion of $775 million in May to advance Bell’s goal of building a next-generation consumer products company.

“The raise was purely to allow us to buy more great brands and invest in them,” Bell says.

To find those brands, the team at Perch scours the Amazon best-sellers lists and looks for companies that have a high degree of social proof, meaning that they’re highly rated and provide good value. It’s a straightforward process, aided by Amazon’s transparency, and changes in how shoppers search for products. Bell describes the path to purchase as an unbranded approach of searching, finding and buying, which has given rise to an abundance of micro-brands.

“These micro-sellers are developing great products and winning on these platforms, but they get to a point where they can’t really scale anymore,” Bell says. “Consumer products is typically a game where scale matters a lot. We find winners who have succeeded in what is the most difficult marketplace in the world, and we acquire them and bring them onto our platform and take them to new geographies and channels.”

The Size of the Prize

When Perch was founded and funding was more scarce, Bell says that the company focused on deals in the $1 million-to-$2 million range. Now the acquisitions of companies with $100 million in revenue are possible.

“We buy companies with products that are already successful within their niches and work to make them even better,” Bell notes, adding that Perch opts to steer clear of products in categories that are trendy and thus prone to sales volatility. “One of our internal discussion points is, ‘Can we see people buying this product in 10 years?’ If yes, then we would love to own it. If no, then it’s not really our play.”

Once Perch owns a company, it’s all about achieving scale, because driving the next phase of growth requires extending beyond the Amazon marketplace.

Retailers also want to work with companies that are proficient in supply chain matters, which is why Perch is looking to establish a network. Fulfillment for most of its brands is handled by the Fulfilled By Amazon (FBA) service, but as relationships with other retailers grow, Perch is looking to add an East Coast distribution facility to complement an existing facility in Los Angeles.

“As we get more into other channels, as we get into brick and mortar, and as we add more value-added services like returns processing, having our own distribution centers is very important, and we have started down that path,” Bell says.

Supply chain is an area where Bell has considerable experience. While at Wayfair, he noted that the online-only retailer had a very limited physical supply chain in North America. That gave Bell an opportunity to build it from scratch.

“We opened 50 buildings in three and a half years, and my team went from about 30 people to 1,300 people,” he recounts. “I just love that build phase.”

Building a next-generation CPG company of sizable scale will eventually require gaining distribution for brands that got their start in the Amazon marketplace with other brick-and-mortar retailers. So far, Bell acknowledges that those conversations have been challenging, but there’s a growing openness, and having established sales on Amazon is a compelling data point, he says.

“In general, we are finding openness to it because retailers want great products,” Bell observes. “Retailers want to make sure you are helping them grow a category or grow margin within a category.”

While Perch has attracted considerable interest, so, too, has a competitor called Thrasio. It was founded in 2018, has received a total of $1.75 billion and made several key personnel moves.

In January, Thrasio raised $500 million, and then it quickly raised another $750 million in February. In March, it revealed the acquisition of its 100th brand and said that it was selling more than 15,000 products.

In April, the company named Bill Wafford as its CFO. He had also held that role at JCPenney and Vitamin Shoppe, as well as finance roles at Target and Walgreens. Even more notable than Wafford’s appointment was the November 2020 addition of Tom Szkutak to the Thrasio board. Szkutak spent 13 years as Amazon’s CFO before leaving the company in 2015.

Commenting on whether the level of funding that Thrasio has raised is sufficient, co-founder and co-CEO Carlos Cashman offers a long-term view of how retail is changing.

“In 10 years, omnichannel retail will be the backbone of the entire consumer products ecosystem, but today, it’s still in its genesis,” Cashman says. “Every day, the very fabric of this market is twisting as it continues to evolve. Our balance sheet isn’t built to win yesterday’s battles. It is designed to pursue the accelerating opportunities that accompany these kinds of seismic changes in an industry.”

In addition to Thrasio and Perch, there are dozens of other companies with names like Forum, Branded, Foundry, Intrinsic and Elevate Brands, who fit into the classification of FBA aggregators. The premise is similar: acquiring existing businesses in the Amazon marketplace that use Amazon’s fulfillment services and helping them scale.

The products being acquired run the gamut, but food and consumable items are among them, which means that the next innovative item being pitched to a retail grocery buyer may have gotten its start in the Amazon marketplace.