A hallmark of American life has been the freedom to challenge the government when it’s believed to be overstepping its bounds. That freedom is shared by American citizens as well as its business community that provides goods, services and employment to the masses.

But be warned, retailers – in Cook County, Ill., where I live, officials are putting folks on notice to watch their step.

At an Aug. 1 court appearance, attorneys for the county filed a motion seeking $17 million in damages from the Illinois Retail Merchants Association, whose lawsuit challenging the county’s penny-per-ounce sweetened beverage tax, which was supposed to take effect July 1, resulted in its delay by a month. The county wants the money it claims the tax would have generated to prevent the cuts in county jobs and services made due to the tax’s delay, plus court costs.

That remark smacks of King George III, one-time British monarch who took umbrage when Americans challenged his beverage tax, among other things.

The judge also considered it an audacious move, noting no such precedent of a government revenge-suing someone who challenged a tax. “I am troubled by this, the chilling effect of the government saying that you best not challenge us because, if you are proven wrong, we will come and get damages from you,” Cook County Judge Daniel J. Kubasiak said, according to a court transcript.

Days earlier, Kubasiak lifted a temporary restraining order allowing the tax to proceed, saying the measure was within the county’s authority. The tax took effect Aug. 2; IRMA is appealing the judge’s ruling.

“This filing by Cook County sends a very distinct signal to any person that believes they have a legitimate challenge to any law passed by the Cook County Board that they should think twice,” Tanya Triche Dawood, IRMA’s VP and general counsel of IRMA, told PG in a statement. “When the retail community is treated the way it has been by the county, we're not going to sit back. We will exercise our rights and fight this vigorously.”

Certainly, IRMA and the retailers it represents are well within their rights to challenge a tax they believe to be unconstitutional (arguably), unevenly applied (certainly) and damaging to business (likely). Already there are wide reports of folks taking their business across county lines, much like what’s happening in Philadelphia, where a similar measure appears to be imploding (an example that suggests the amount of damages Cook County seeks is wildly speculative).

Levied on sweetened beverages that contain either sugar or artificial sweeteners, Cook County’s tax includes regular and diet sodas, sports drinks and sweetened teas, purchased at retail or foodservice. It does not include unsweetened sparkling waters, powdered drink mixes or concentrates. It applies to bottled sweetened coffee beverages but not those mixed by a barista. Food stamp recipients are not subject to the tax.

The tax makes sweetened beverage prices in Cook County, and particularly Chicago (which has its own related taxes), among the highest in the nation. For example, a 2-liter bottle of pop purchased on sale for $1 would end up costing $1.68 at the register. In some instances reported by local media, prices of products nearly doubled after the tax was applied.

Supporters of the tax say it’s a blow against “Big Soda” and a boon to healthy living, which is how county officials pitched it - out of one side of their mouths. The county’s ragged financial condition, and the effort to extract damages from IRMA, rightly reveal it to be what most local editorial writers have concluded – it’s a cash grab by the county’s irresponsible fiscal stewards.

No one – retailers, trade groups or private citizens – should live in fear of reprisal for challenging the heavy hand of government. Our country was founded on such principles.

Retailers have a right to protest any measure they believe to threaten the way they do business and better serve consumers.

PMA Fresh Summit looks at trends for 2020 and beyond 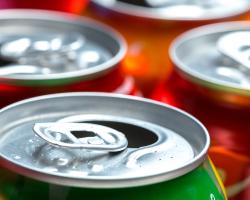 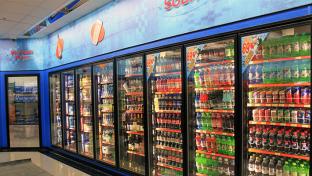 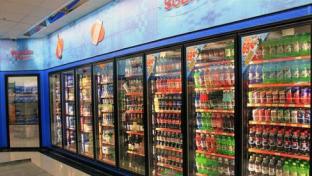