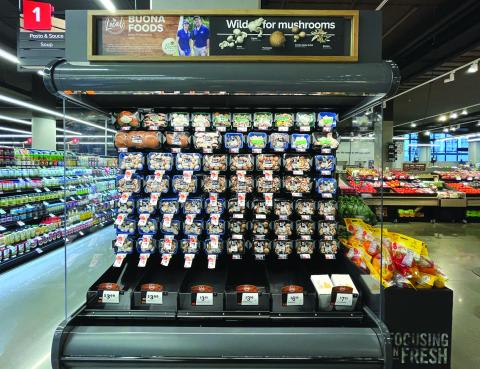 Produce presentation should build on the inherent qualities of the products offered to catch the eye and drive purchasing beyond the shopping list.

Best practices are a means for grocers to maintain the favor and confidence of consumers, but, at a time when shoppers are reconsidering how they’re purchasing food, and issues such the expansion of home delivery and the growth of labor costs are having an effect, any retailer carrying fresh fruit and vegetables should consider revisiting fundamental standards as they address a rapidly changing marketplace.

Basic standards that form the foundation of best practices haven’t changed, but circumstances have. Therefore, grocers need to understand what sells region by region and store by store, adjusting product flow to ensure that everything moves at a velocity that doesn’t result in fruits and vegetables past their prime remaining in displays. At the same time, the presentation should build on the inherent qualities of the products offered to catch the eye and drive purchasing beyond the shopping list. In addition, retailers need to allocate sufficient labor to maintain displays, ensure sanitation and engage with shoppers.

COVID-19 has shaken up consumer engagement with grocery, so that getting the basics right is critical. Many consumers have been bringing new considerations such as wellness to bear in deciding where to shop, according to Scott Wiggans, produce director for Santa Barbara, Calif.-based Lazy Acres Market, a Good Food Holdings banner, with organic produce, for instance, becoming more popular. At the same time, grocers need to recognize that even as they explore previously unexplored produce options, consumers still make decisions about where to shop based largely on fundamental standards such as sanitation.

“I think customers are going to be more adept than ever in searching out clean shops,” says Wiggans.

However, adjusting to evolving consumer preferences comes at a cost, and among the considerations that grocers need to ponder today is how they align practices to shopper concerns while coping with the rising labor costs many confront.

“Managing labor costs is top of mind for grocers right now as they juggle wage pressure, hazard pay mandates and increased COVID-related costs,” says Amanda Lai, senior manager at Chicago-based consultancy McMillan Doolittle. “In addition, food and energy commodity inflation is expected to increase 11% in FY21, so grocers must make selective price increases and tighten operations with the anticipation of rising food costs. Earlier on in the pandemic, retailers were concerned about the need for more promotional pricing strategies, due to fears of a recession, but the economy is faring better than anticipated, and grocers can focus on balancing increasing labor and food costs.”

According to Joe Watson, VP of member engagement/retail and foodservice SME at the Newark, Del.-based Produce Marketing Association, and former director of produce at Thibodaux, La.-based Rouses Market, much of what has been true of best practices in produce merchandising hasn’t changed with the evolution of the market before and during the COVID-19 pandemic. However, adds Watson, this is a good time for grocers to review their best practices and accommodate new realities. As regards underlying standards in produce departments, during his retail career, he learned the three Is: impact, impulse and incremental, as in incremental sales.

So, even as factors such as sanitation, rotation and presentation are critical to consumer confidence and sales in the produce department, labor is equally important.

“The people part of it, sometimes in best practices, gets overlooked,” notes Watson. “As a retailer, you are so focused on selling. Sometimes you don’t spend enough time developing the people who are going to help you sell. So, developing basic principles on training in best practices can be your best asset out there to represent your organization and to carry on what you want to accomplish. It’s one of the modules in PMA’s new FreshEd Academy for retail training called Customer Focus and Interaction. It’s something we feel strongly about.”

Lai points out: “In looking at labor costs in produce, grocers aren’t necessarily looking at cutting labor costs, even if sometimes that’s a necessity, as an investment in labor can pay off. 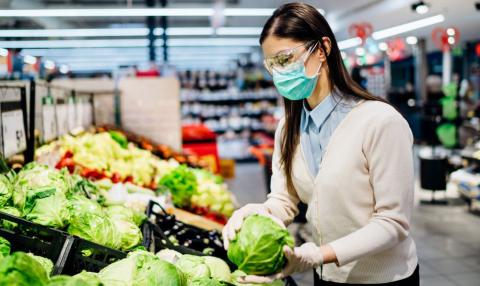 Produce consumers still make decisions about where to shop based largely on fundamental standards such as sanitation.

She adds that produce sales have recently gained “as the global pandemic piqued consumer interest in healthier eating habits and home cooking. Increased sales have led to faster inventory turns and reduced shrink in the produce department, making it more important than ever to have produce well stocked and properly rotated.”

Labor, how it can be best employed and the costs involved, fits into executing off best-practice considerations everywhere, but it takes on different dimensions in different markets. In many cases, labor costs have forced tough choices on retailers.

The reality is, Morton Williams can’t absorb that cost and make money. So it has reduced labor hours, forcing hard decisions in employee deployment at a time when consumers are more interested in purchasing fresh produce, including new fruit and vegetable varieties, existing items they previously haven’t tried, or value-added products.

“It trickles down to everything, if people want to admit it or not,” observes Goldman. “Someone may have something worthwhile, but my guys don’t have time to unload another truck. I might have an idea about a vegetable or cut-fruit item, but we don’t have time to do this.”

Although produce merchandising often calls to mind massive, colorblocked table and waterfall displays of produce, with presentations of seasonal products such as watermelon and corn merchandised in bins and crates to emphasize harvest freshness, produce departments today take a wide variety of approaches to balancing such factors as attractiveness, ease of shopping and labor costs.

Arlington, Va.-based Lidl, for instance, uses labor in support of a produce merchandising strategy that’s lately been changing, at least to a degree, with the introduction of more packaged and, especially, bagged fresh produce. Lidl assigns a dedicated employee to support a produce section, Ysberand Aukes, Lidl regional VP for New York’s Long Island, said at a recent store opening in Merrick, with a limited selection focused on popular items supported by daily delivery. As such, Lidl drives sales through a limited space and leverages its costs so it can deliver lower prices to customers versus competing grocers.

Lately, the company has been developing new produce merchandising with fixtures that are tiered upwards from bulk to packaged items. The fresh presentation allows Lidl to put more product into the limited produce department confines and present it so that consumers can gather what they need and go quickly, with easy-to-grab packaged product presented at eye level for particularly swift consideration and capture. The merchandising supports a greater assortment, with Lidl introducing such new items as Super Sweet Blackberries to generate additional consumer demand and keep sales volume swift enough to hold down prices.

According to Steve Howard, SVP of merchandising at Good Food Holdings banner Bristol Farms, based in Carson, Calif., packaged produce can allow a grocer to offer shopping convenience, particularly when consumers have confidence in an operation like Howard’s that focuses on high quality and high merchandising standards.

“We have small branded tote bags,” he says. “Certainly, our customers are comfortable grabbing them. They trust the Bristol Farms brand.”

Packaged produce has emerged in response to consumer demand, but also as a way to weigh the balance in the produce department between offering shoppers a more attractive presentation, one that addresses changing shopper priorities, and keeping labor costs reasonable. One qualification is that sustainability concerns may weigh against continued growth for consumers concerned about the environmental impact of plastic packaging.

“Retailers are investing in more packaging options,” Watson notes. “In some cases, that trend is softening a little bit and consumers are more willing to go back to bulk, while other retailers are saying we’re pushing a lot more product into packaged. We’re going to cross a time when especially single-use plastics are going to hit a ceiling.”

Still, packaging does offer a range of advantages that may make it more popular for its labor-saving value and other advantages, such as ease of ordering online versus bulk, where buying by the pound may be difficult and confusing for consumers. In addition, packaging ensures that no one has previously handled produce items whether they’re shopped on the sales floor, or ordered for delivery by personnel of the store or third-party services.

Packaging could become even more attractive, as it can provide critical information on produce nutrition and preparation while also featuring in promotions. Zespri, a New Zealand-based horticultural company and major kiwifruit supplier, is introducing Taste It To Believe It, the first-ever marketing campaign for its SunGold Kiwifruit. The promotion includes a bright stand-alone satellite display of stackable packaged kiwifruit featuring product information, supported by social, email and online video marketing.

Sarah Deaton, Zespri’s shopper marketing manager in the United States, says that the packaging offers suppliers flexibility in messaging and informing consumers about produce items, especially when not everyone is thoroughly informed about qualities and the various ways they can prepare a product. At the same time, Zespri is addressing potential consumer sustainability concerns to ensure that it can focus on the advantages rather than the disadvantages.