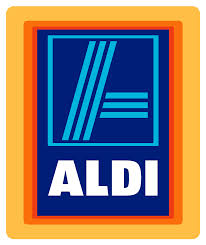 Low-price grocery chain Aldi plans to open 650 new stores across the nation as part of a five-year strategy the company unveiled along with its decision to build its regional headquarters and distribution center in Moreno Valley, Calif.

To reach its aggressive goal, Aldi plans to accelerate the pace of new store openings to an average of 130 per year, up from an average of 80 stores per year in recent years. Aldi also is planning to invest more than $3 billion to pay for land, facilities and equipment.

When the expansion is complete, Aldi will have stores coast to coast, with the capacity to serve more than 45 million customers per month. The expansion is expected to create more than 10,000 new jobs at Aldi stores, warehouses and division offices. Additionally, the company's growth is expected to have a positive economic impact on its long-term supplier-partners, as well as provide opportunities for new supplier-partners as Aldi expands its footprint.

"We're ramping up our expansion plans to meet growing demand for Aldi from customers across the country," said Jason Hart, president of Batavia, Ill.-based Aldi. "Recently, we successfully entered new markets such as Houston, and expanded our presence in competitive markets like South Florida and New York City. At Aldi, we believe that great quality can be affordable, and we are eager to bring the Aldi difference to new markets like Southern California."

Aldi says its growth can be attributed to the appeal of its unique business model that lets shoppers save up to 50 percent on more than 1,300 of the most commonly purchased grocery items, including nearly 70 varieties of fresh fruits and vegetables, without the hassle of clipping coupons or buying in bulk. In fact, Market Force Information recently named Aldi the leading low-price grocery store for the third consecutive year.

"When we open a new store, word of mouth about the amazing quality and freshness of the products available at Aldi spreads quickly from loyal shoppers to friends and neighbors," Hart said. "While new customers are sometimes surprised that Aldi doesn't look or feel like other grocery stores, once they learn how our efficiencies directly impact their savings at the register, they embrace the Aldi way of grocery shopping."

More than 90 percent of products at Aldi are their own exclusive brands rather than national brands. All products sold are backed by Aldi's Double Guarantee, which promises a refund and a replacement product if a customer is not 100 percent satisfied. Further, Aldi has a streamlined approach that avoids non-essential services such as banking, pharmacies, check cashing and bagging clerks. Additionally, Aldi boasts high customer satisfaction rankings, including the 2013 Market Force "Delight Index" that placed Aldi among grocers such as Trader Joe's, Whole Foods and Publix.