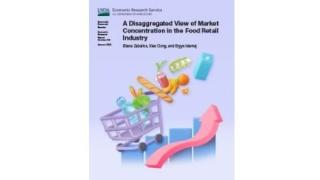 The food retail sector has experienced substantial consolidation and structural change over the past three decades. To understand how the change in concentration might affect consumers, researchers would ideally focus on geographic markets that mimic where consumers actually shop.

That’s what the U.S. Department of Agriculture’s Economic Research Service has sought to do in its latest report. “A Disaggregated View of Market Concentration in the Food Retail Industry” investigates the changes in food retailing market concentration — a measure of the extent to which market shares are concentrated between companies of the retail food sector at the national, state, metropolitan statistical area and county levels in the United States over the 1990–2019 period.

A few key findings from the January report include:

The report also found that two key factors have led to increasing food retail market concentration: the entry and rapid expansion into the food retail sector of large nontraditional food retailers, such as warehouse clubs, superstores and supercenters, and mergers and acquisitions of existing traditional supermarkets.

For more detailed information, click here for the full report. 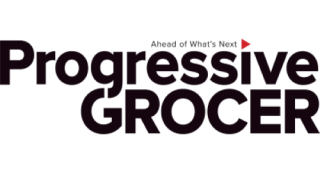 Progressive Grocer’s leadership team will be in Chicago on Thursday, Feb. 2 to meet in person with existing and potential partners during a Media Day event.

We are inviting customers and prospects to visit with Publisher John Schrei and Editor-in-Chief Gina Acosta, at parent company Ensemble IQ’s office, located at 8550 West Bryn Mawr, Suite 200, to better understand the problems we all face as an industry, including disruption and the opportunities that the supply chain, advancing technologies, shopper behaviors and workforce issues in our post-COVID world present. The 30- to 45-minute meetings will kick off at 9 a.m. Time slots will be awarded on a first-come, first-serve basis, with the first five companies able to pick their own time slots.

What attendees can expect:

• The ability to discuss the challenges and potential solutions we face and to learn more about how we can help one another become better partners while growing our businesses.
• The opportunity to present their latest innovations and product introductions to the content leadership team.
• To learn and uncover opportunities to engage with top grocery retail decision-makers and influencers, while helping set potential content patterns in the industry. 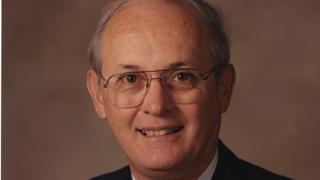 Roger Dierberg, a former executive at Dierbergs Markets, died Wednesday, Jan. 18 in St. Louis, Mo., at the age of 88. The third-generation grocer and former EVP of Dierbergs joined the company in 1969 after working at McDonnell Aircraft. A cousin and business partner to Chairman Bob Dierberg, he helped the company grow from two to 20 stores during his tenure.

“We always checked in with each other on important business decisions,” noted Bob Dierberg. “That’s why we had such a successful business relationship. It was a mutual relationship of respect for each other’s opinions.”

Beyond Dierbergs, he held leadership roles of increasing responsibility and influence at the state and national levels in the grocery industry, eventually becoming one of the founding executive committee members of the Washington, D.C.-based National Grocers Association, and its chairman in 1985. In 1995, he was honored as the Missouri Grocers Association Grocer of the Year.

He also established a long-standing partnership between Dierbergs and Operation Food Search in St. Louis, and led philanthropic efforts for FICAH (Food Industry Crusade Against Hunger) until his retirement in 2004.

The service is scheduled for Monday, Jan. 23, at King of Kings Lutheran Church, in Chesterfield, Mo. In lieu of flowers, the family asks that contributions be made to The Lutheran High School Association, Lutheran Family and Children’s Services, or to a charity of your choice.

Chesterfield, Mo.-based Dierbergs employs more than 4,000 associates at 24 St. Louis metropolitan-area stores, and one location at Missouri’s Lake of the Ozarks. 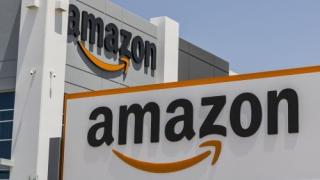 After nearly 10 years, Amazon is closing out its AmazonSmile program, which lets customers support their favorite charities with each purchase they make through the e-retailer. The program will officially end on Feb. 20.

According to an email sent to AmazonSmile customers, the charitable giving program “has not grown to create the impact that we had originally hoped. With so many eligible organizations — more than 1 million globally — our ability to have an impact was often spread too thin.”

Charities that have been a part of the program will be given a one-time donation equivalent to three months of what they earned in 2022 via AmazonSmile, and they can still accrue donations until Feb. 20. Charities can continue to seek support from Amazon customers by creating wish lists. 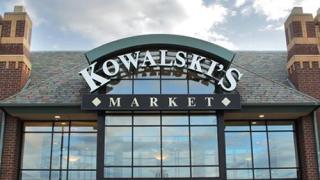 Independent food retailer Kowalski’s Market is expanding in the Twin Cities with the planned opening of its 12th location in 2024. The grocer will take over a 34,000-square-foot space, previously vacated by Herberger’s department store, in the Southdale Center mall in Edina, Minn., according to local reports.

CEO Kris Kowalski Christiansen told the Minneapolis/St. Paul Business Journal that the store will likely open in the spring of 2024 after it was initially stalled by the pandemic.

"Southdale and the communities it serves have a vibrancy and energy that are well-suited for Kowalski's and our customers," said Mike Oase, Kowalski's COO. "We're really looking forward to operating in this lively retail environment."

It was also confirmed that plans for another store in the Minneapolis suburb of Roseville are no longer moving forward. 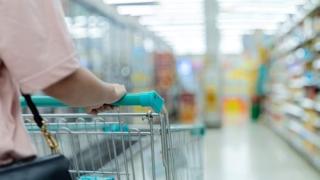 More than half of American households believe that grocery pricesare straining their budgets, according to a nationwide survey by marketingresearch company Decision Analyst Inc. The firm recently conducted a study titled “Consumer Foresight: Beyond The Pandemic, Into Economic Uncertainty.” Among the study’s areas of focus was the effect of inflated grocery prices on consumers.

[Read more: "Where Are Consumers’ Heads – and Wallets – This Year?"]

“In 2022, inflation hit American consumers in a way most had neverexperienced,” said Felicia Rogers, EVP at Arlington, Texas-based Decision Analyst. “Rising costs had a notable impact on nine in 10 households. Notonly were people forced to take a hard look at their discretionary spending,but about half of households in the U.S. had to make hard decisions aboutessentials like groceries, transportation and health care. There’s noquestion 2022 was a tough year. All eyes will, no doubt, be on the economyand how it impacts consumer spending this year.”

“Consumer Foresight: Beyond The Pandemic, Into Economic Uncertainty” was a nationwide survey conducted six times in 2022, from January to November. Every other month, it surveyed about 1,000 consumers balanced by gender, age and geography.