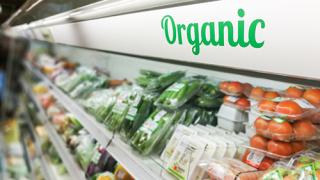 The Organic Trade Association (OTA) has received a record level of funding of more than $1 million from the U.S. Department of Agriculture’s Market Access Program (MAP) to promote U.S. organic products globally in 2023. The award is an almost 10% increase from 2022, as well as the largest MAP award ever received by OTA.

“The Organic Trade Association is proud to have been an official cooperator in USDA’s Market Access Program for more than 20 years, leading to huge wins for the organic industry,” said Sarah Gorman, international trade manager for Washington, D.C.-based OTA. “Our market promotion efforts have created opportunities that have generated millions of dollars in new sales and expanded global market access for our participating businesses, establishing new organic customers around the world.”

According to Department of Agriculture statistics, the value of U.S. organic exports nearly doubled between 2011 and 2021, growing from around $400 million to a little more than $700 million, including an almost 10% increase from 2020 to 2021. Canada and Mexico are the United States’ largest export partners, with Japan, South Korea, Taiwan, the European Union and United Arab Emirates all making the top 10 list for U.S. organic exports.

The association will highlight American-produced organic products to a global audience in the coming year at various international promotional events, among them Biofach, Food & Hotel Asia, and buyers’ missions at Natural Products Expo West, Natural Products Expo East and the Organic Produce Summit. 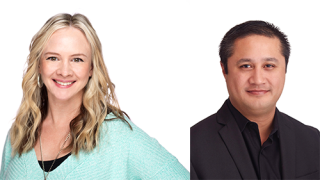 Dollar General has revealed three new hires to take on leadership roles across the company.

Ariel dela Cruz (pictured right) has joined Dollar General as divisional VP of store operations, bringing more than 20 years of experience to the retailer, including expertise in continuous improvement and P&L management. In his new role, he will provide support across the company’s store operations network, with a focus on employee-centric initiatives.

Tim Jagneaux has come aboard as VP of construction, in which role he’ll provide leadership for the field construction teams responsible for new store openings, relocations and remodels. Jagneaux has more than 20 years of experience across various construction industries.

For its third quarter ended Oct. 28, Dollar General reported a strong performance, despite challenges within its internal supply chain and higher-than-anticipated costs. Year-over-year, the quarter brought a net sales increase of 11.1% to $9.5 billion, and a same-store sales increase of 6.8%. Operating profit rose 10.5% to $735.5 million, diluted EPS increased 12% to $2.33, and year-to-date cash flows from operations totaled $1.2 billion.

Goodlettsville, Tenn.-based Dollar General operated 18,818 stores in 47 states as of Oct. 28. The company is No. 15 on The PG 100, Progressive Grocer’s 2022 list of the top food and consumables retailers in North America. 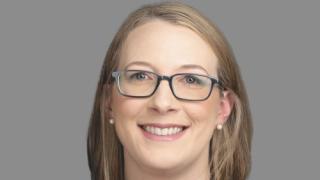 Piper earned a bachelor’s degree in psychology from York University and a master of professional studies in human resource management from Cornell University.

Afresh Honored for Achievements in Perishables 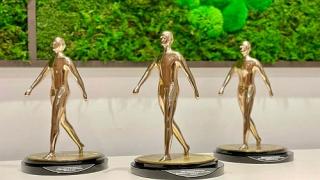 A tech-based system that helps grocers optimize perishables management while reducing waste has been recognized for its inventiveness. Global food and agribusiness financial institution Rabobank bestowed its Award for Emerging Leadership in Innovation to Afresh of San Francisco, Calif.

Afresh’s platform uses AI and machine learning to help grocers make informed inventory and demand decisions. By having the right mix of perishables at the right time based on demand, food retailers can also minimize waste and enhance freshness. According to Afresh, stores that use the solution can reduce shrink by more than 25% and have bolstered their topline revenue by 2%-4%. From a sustainability perspective, the company estimates that its technology has prevented 7.9 million pounds of food waste and saved 140 million gallons of water while cutting 3,800 metric tons of greenhouse gas emissions.

"On behalf of the entire Afresh team, we're honored to be recognized by Rabobank for the Leadership in Innovation Award," said Afresh CEO Matt Schwartz. "We're on a mission to eliminate food waste and make fresh food accessible to all, and are excited to partner with grocery retailers like Albertsons Companies and Cub Foods that are embracing innovation in the fresh food supply chain."

At its recent North America Food & Agribusiness Summit in New York City, Rabobank announced other winners of its annual North America Leadership Awards, including global foodservice provider Aramark and Pivot Bio, a pioneer in microbial nitrogen fertilizer. "We're living through a challenging time that has shone a real spotlight on the food and agribusiness industry and its importance in creating a vibrant and safe food system for people around the world," said Paul Beiboer, CEO of Rabobank North America.

In October, Progressive Grocer named Afresh a winner of one of its 2022 Impact Awards, which spotlight companies making a tangible difference. Afresh was recognized for its success in the areas of sustainability and resource conservation. 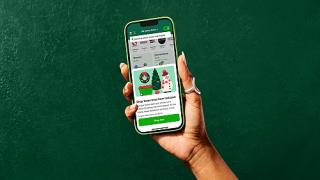 It’s beginning to look a lot like the holidays in shoppers’ digital carts. Instacart is introducing deliveries of live Christmas trees up to 5 feet tall from grocery, wholesale, home improvement and specialty stores around the country.

Powered by Instacart’s recently-launched “Big & Bulky” fulfillment solution, the fresh-cut tree option comes during the peak of the holiday season. Instacart is also helping consumers deck their halls with the delivery of other large products like artificial trees and a wide range of decorative items.

“We’re excited to offer Instacart customers same-day, nationwide tree delivery this holiday season,” said Daniel Danker, Instacart’s chief product officer. "Trimming a holiday tree is a beloved annual tradition for many families and we’re delighted to offer a convenient and time-saving way for customers to get their trees and seasonal decor with just a few taps, so they can spend more time holidaying and less time hauling.”

Instacart shoppers will literally trim the tree for customers. Shoppers can request that tannenbaums be trimmed and leveled per delivery instructions.

There’s a healthy demand for live Christmas trees in the U.S. According to the Real Christmas Tree Board, 67% of wholesale growers expect to sell all of the trees they will harvest this season. Instacart cited a Harris Poll showing that among those who celebrate Christmas, 59% plan to purchase a fresh Christmas tree this year. 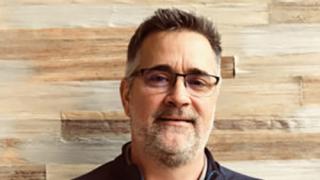 The board of directors of Equitable Foods Initiative (EFI), a multi-stakeholder nonprofit workforce development and certification organization that partners with growers, farm workers, retailers and consumer groups, has added Pete Donlon as a new board member. Donlon, VP of Gonzales, Calif.-based produce company Misionero, will fill the seat recently vacated by Vic Smith, of Yuma, Ariz.-based JV Smith Cos. The EFI board includes balanced representation from each part of the fresh produce supply chain.

“Pete is the perfect person to represent grower-shippers on the board of directors,” said Peter O’Driscoll, executive director of Washington, D.C.-based EFI. “He has helped shape the EFI program as a member of the standards committee and an early adopter of our certification. We are thrilled to welcome Pete and know he will be a great asset, ensuring the EFI program remains relevant and adds value for growers.”

Before joining Misionero in 2015, Donlon spent 26 years at Salinas, Calif.-based Earthbound Farm, where his relationship with EFI began. He has been on the EFI Standards Committee since 2018 and helped Misionero achieve EFI certifications at two of its packing facilities.

“I’m a longtime champion of the ideals set forth by EFI and believe that it sets new levels of assurance for the industry,” noted Donlon, adding that “like Misionero, EFI sees social responsibility and transparency as true value propositions, and I’m honored to serve on its board.”

EFI works with 25 grower-shipper companies on 72 farms, with 51 certifications completed and 21 more in progress. Through the EFI certification program, 4,000 farm workers and managers have been trained in problem-solving and communications practices to improve labor, food safety and pest management standards for operations employing 58,000-plus workers.