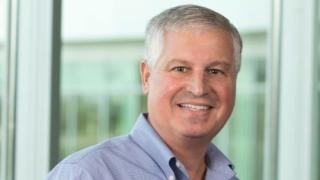 A leader of Publix’s hometown area is stepping down. The Florida-based grocer announced that Sam Pero (pictured), VP of its Lakeland division, will retire at the end of this calendar year.

Pero, 60, is the definition of a longtime employee, starting at the company in 1977 as a part-time service clerk in Pembroke Pines, Fla. During the course of his 45-year career, he steadily ascended through the company ranks, promoted to store manager, district manager and regional director. He has served in his current role since 2016. In 1999, he received the President’s Award for fostering diversity and inclusion in the workplace.

“Sam has been an energetic leader having made significant contributions in three of our five divisions. He has been responsible for growing and serving our diverse market area. In his 45 years, he has trained and mentored countless associates and has been committed to serving his customers and communities in times of need. We are thankful for Sam’s leadership and wish him a happy retirement," remarked Publix President Kevin Murphy.

Marsha Singh will succeed Pero in the VP position for the Lakeland division. She, too, is a long-serving team member following her initial hiring in 1993 as a part-time cashier in Palm Bay, Fla. Singh moved up to store manager, district manager and regional director and continued Pero’s commitment by wining the President's Award for her diversity and inclusion efforts in 2017.

“Marsha is a dynamic leader who focuses on coaching, training and developing associates,” Murphy asserted. “She has made a positive impact on the lives of those around her by helping them achieve their personal best. She is also focused on operational excellence and continuous quality improvement. Marsha is a great merchant who is passionate about service. I am proud of what she has been able to accomplish so far and excited to see the contributions she will continue to make at Publix.”

Employee-owned and -operated Publix Super Markets has close to 1,300 supermarkets in Florida, Georgia, Alabama, South Carolina, Tennessee, North Carolina and Virginia. Publix is No. 12 on The PG 100, Progressive Grocer’s 2022 list of the top food and consumables retailers in North America. 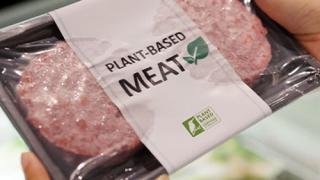 Products eligible to receive certification under the SCS-109 Standard include food, beverages, CBD and body care products. Certification confirms that products don’t contain any animal-derived ingredients. Additionally, products for human and animal consumption must contain a minimum of 95% plant-based ingredients, while other products, such as body care products, must be derived at least 50% from plants.

[Read more: "It's Taste That Keeps Plant-Based Shoppers Coming Back"]

“We are excited to support companies who are offering plant-based alternatives,” said Lucy Anderson, director of project claims certification for Emeryville, Calif.-based SCS Global Services’ food and agriculture services division. “Our aim is to provide independent confirmation of claims in this sector, based on the most robust standard available, with stringent auditing and testing protocols.”

The Plant-Based Certification’s audit mechanisms, procedures and quality systems are aligned with other SCS certification programs, such as the SCS Gluten-Free, enabling companies to reduce audit fatigue and combine plant-based certification with other product label claims. SCS-109 is the latest addition to the company’s food consumer labeling standards, which also include USDA Organic and Non-GMO Project Verified.

Ollie’s Expands Board of Directors 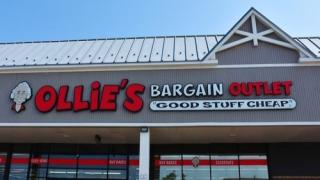 Ollie’s Bargain Outlet Holdings, Inc. has appointed AriZona Beverages CEO Abid Rizvi as a member of its board of directors.

Rizvi has held the CEO position at AriZona Beverages since 2020. He joined the company behind the iconic 99c Big Can in 2016. Rizvi also brings over 20 years of experience in consumer investment banking, working for such companies as RBC Capital Markets, LLC, Jefferies, LLC, and Merrill Lynch & Co. Rizvi has extensive experience in business operations, mergers and acquisitions, and financings. He earned an MBA from MIT’s Sloan School of Management and a bachelor of science degree from MIT.

John Swygert, Ollie’s president and CEO, stated, “We are delighted to welcome Abid to our board and believe that we will benefit from his extensive financial and operations experience as well as his overall business acumen. He is an accomplished and seasoned leader and will be a tremendous resource as we continue to execute our growth strategies and build the Ollie’s brand. We look forward to his insights and contributions as our newest board member.”

Harrisburg, Pa.-based Ollie’s offer extreme value on brand-name products in a variety of departments, including housewares, food, books and stationery, bed and bath, floor coverings, toys, health and beauty aids, and more. It currently operates more than 460 stores in 29 states. 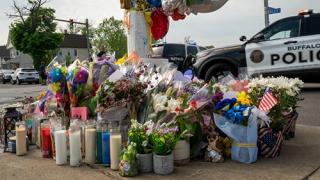 The teenage gunman who last May opened fire at a Buffalo, N.Y., Tops Markets store in a predominantly African American neighborhood, killing 10 and wounding three, has pleaded guilty on Nov. 29 to first-degree murder and other state charges related to the racially motivated attack, including domestic terrorism. The hearing took place Nov. 28 at Erie County Court.

Payton Gendron, who was 18 at the time of the mass shooting, earlier pleaded not guilty after a grand jury returned an indictment in June, Reuters reported. Gendron now faces a mandatory sentence of life in prison without parole just on the domestic terrorism charge. Sentencing is scheduled for Feb. 15, according to published reports.

Reuters noted that Gendron was the first defendant in New York state ever to be indicted for a domestic act of terrorism motivated by hate in the first degree. Police said that he left a racist manifesto online before the attack and livestreamed the massacre on social media.

A separate indictment returned in U.S. District Court in July charged Gendron with 27 federal hate crimes and firearms offenses, for which he could receive the death penalty if he’s convicted.

Since the shooting, Tops has reopened the store where the attack took place and teamed with the nonprofit National Compassion Fundto establish the Buffalo 5/14 Survivors Fund, with the aim of providing direct financial assistance to the survivors of those killed and people directly affected by the tragedy.The grocer contributed $500,000 to get the fund started. 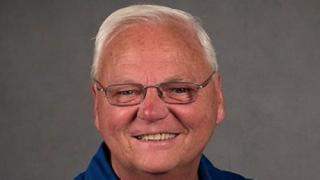 After serving Munster, Ind.-based Land O'Frost for nearly 50 years, Carl Abbott is retiring. The company’s longtime leader in procurement is exiting at the end of the year.

Abbott spent much of his career in the procurement function, most recently as VP of procurement and specialty meats. Among other accomplishments during his tenure, he created and deployed supply chain efficiencies that helped the family-owned company perform and grow and was known for his meat market forecasting.

“The past five decades with Land O’Frost have been so rewarding and a joyous experience for me, both personally and professionally,” said Abbott. “I’ve spent 49 years working with some of the hardest working people in the industry, and along the way developed lifelong friendships.”

The company’s CEO praised Abbott for his decades of contributions. “Carl is part of a core group of leaders that helped Land O’Frost grow and evolve to our position today as one of the top brands in the industry. I am truly grateful for all of Carl’s contributions to our business and culture throughout his distinguished career,” remarked David Van Eekeren. “I wish him all the best in his retirement.”

Kroger’s Board of Directors Honored for DEI Efforts 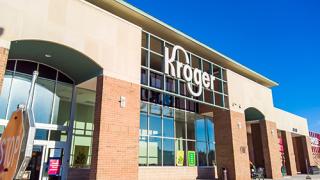 The National Association of Corporate Directors (NACD) has named the board of directors for The Kroger Co. among its top 20 finalists for the 2022 NACD Diversity, Equity & Inclusion Awards. Kroger’s board is being recognized for improving its governance and implementing forward-thinking diversity, equity and inclusion (DEI) practices.

According to Kroger, its board of directors holds management accountable for delivering and executing the company's DEI goals and encourages investments to achieve change. The independent board’s body is 64% diverse by gender or race/ethnicity.

"We believe this work is never complete," said Ronald Sargent, Kroger’s lead board director and former Staples, Inc. chair and CEO. "Under the board's leadership, we have achieved important progress and we will continue to support investments and policies that improve diversity, equity and inclusion for Kroger associates and our communities. The Board is honored to be recognized by NACD."

"Kroger has worked to achieve great strides in creating an equitable boardroom," said NACD president and CEO Peter Gleason. "NACD is proud to honor the Kroger Board of Directors for advancing DE&I in their boardroom and throughout their organization."