NSA Honors Bravo Florida as Company of the Year 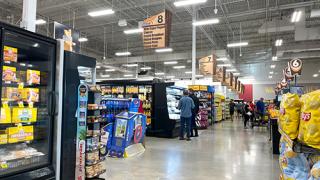 The National Supermarket Association (NSA) has recognized Bravo Florida as Company of the Year during the NSA’s 11th annual Florida Gala, held Nov. 19 at the Trump National Doral. Bravo is a banner of Krasdale Foods, a 114-year-old family-owned business providing grocery distribution, merchandising and marketing to independent grocery store owners.

Since expanding to Florida in 2003, Krasdale has worked closely with independent retailers to serve the fast-growing and diverse Hispanic population in the Sunshine State. With a strong presence in such major markets as New York City and Florida, Bravo provides shoppers with targeted product offerings.

“We are proud of the recognition Bravo Supermarkets has received as Company of the Year by the National Supermarket Association Florida Chapter,” noted Krasdale President and COO Gus Lebiak. “Krasdale has set out to grow its Bravo banner in the Sunshine State over the years by bringing on fantastic partners like wholesaler UNFI that supply grocery, dairy and frozen products, along with separate meat and produce suppliers. It is gratifying to see that the hard work and dedication to serving Floridian communities has resulted in such an honor.”

Founded in 1989 by Hispanic entrepreneurs, the Flushing, N.Y.-based NSA represents the interests of independent supermarket owners in  urban areas across the East Coast, Mid-Atlantic region and Florida, providing marketing strategies to corporations seeking to capture the booming Hispanic market.

Based in White Plains, N.Y., Krasdale has expanded throughout the Northeast and Florida with store banners that include, in addition to Bravo, CTown, Aim, Market Fresh, Shop Smart Food Markets and Stop 1 Food Mart. Currently, Krasdale banners support more than 500 stores, including 50-plus Bravo Supermarkets in Florida.

Providence, R.I.-based UNFI, the largest publicly traded grocery distributor in America, is No. 49 on The PG 100, Progressive Grocer’s 2022 list of the top food and consumables retailers in North America. 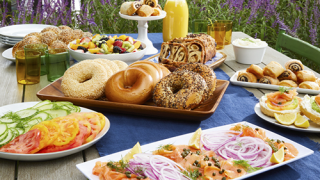 “We are thrilled to be a part of Bristol Farms’ delicious Hanukkah menu,” said Evan Bloom, CEO and co-founder of San Francisco-based Wise Sons. “I have strong memories of Bristol Farms first opening where I grew up. I remember being wowed by all the prepared foods.”

“We’re excited to add Wise Sons to our Hanukkah offerings,” noted Adam Caldecott, CEO of Carson, Calif.-based Bristol Farms, which operates 14 locations in Southern California. “For 40 years, our mission has been to bring people together around good food. Wise Sons is sharing some of their most popular items – perfect for Hanukkah celebrations and holiday brunches.”

This past March, in celebration of its 40th anniversary, Bristol Farms debuted its newest concept, Newfound Market, which showcases fine ingredients through local and global offerings and an innovative dining experience, all in one place. Located in Irvine Spectrum, the market encompasses a full-service Italian restaurant and six fast-casual food venues. 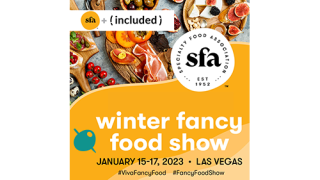 After launching a partnership with the Specialty Food Association (SFA) at the trade organization’s 2022 Summer Fancy Food Show this past June in New York City, (included) CPG, a collective of BIPOC founders and executives in the consumer packaged goods industry, will make its debut at SFA’s Winter Fancy Food Show early next year. The show is scheduled for Jan. 15-17, 2023, in Las Vegas.

“The Specialty Food Association is a not-for-profit membership trade association working toward a more inclusive specialty food industry,” noted Bill Lynch, president of New York-based SFA, which will sponsor an additional 10 BIPOC makers from the collective at the upcoming Winter Fancy Food Show. “In partnering with (included), we are able to reach a broader spectrum of BIPOC owners and makers who we can showcase at our Fancy Food Shows.”

The exhibitors from (included) at the show will be HibisBloom, Mojave Mallows, Niramaya Foods, One Stripe Chai, Power Up Foods, Route to India, Sanchi Foods, Urja, Wild Orchard and Wonder Monday.

“As BIPOC founders whose mission is to make an impact at scale for both people and the planet, there are so many challenges we face each and every day that make it an uphill battle,” said Michael D. Ham, president of Wild Orchard, a Mount Kisco, N.Y.-based maker of regenerative teas. “So we are extremely thankful and appreciative of the efforts made by (included) CPG and the Specialty Food Association to empower us with your resources, support and advocacy to help us realize our dreams.”

The largest B2B specialty food event in the western U.S., the Winter Fancy Food Show features thousands of specialty food and beverage products from around the world. 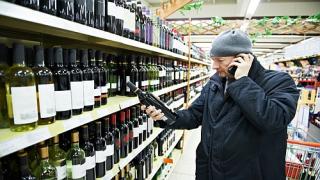 In one of the quieter recounts following a noisy November election, voters in Colorado okayed the sale of wine in grocery stores. Proposition 125 passed by a slim margin following a protracted vote tally, meaning that grocery stores that already have a beer license can sell wine starting on March 1, 2023. According to the Colorado Secretary of State’s office, with 64 of 64 counties reporting by Nov. 22, the vote was 50.58% in favor, with 1,228,394 “yes” votes, and 49.42% not in favor, with 1,200,205 “no” votes.

The split in the electorate was largely among location lines, as voters in urban areas were more in favor of allowing sales of wine at grocery stores. Many owners and operators of independent liquor stores opposed the legislation, contending that it would harm their business.

[Read more: "Which Adult Beverages Will Grocery Shoppers Purchase for the Holidays?"]

“We’re pleased that Coloradans will soon be able to pick up a bottle of wine when purchasing groceries,” Rick Reiter, campaign director for Wine in Grocery Stores, told the Colorado Sun newspaper. “Consumer habits are evolving, and it was inevitable that either this election, or one soon thereafter, that Colorado would become the 40th state to have wine in grocery stores.”

While licensed grocers can sell wine, sales are not allowed at self-checkout stands. Meanwhile, those who want to order wine and other adult beverages from delivery services will also have to wait, as Colorado voters shot down Proposition 126. That proposal, which would have allowed alcohol delivery and alcohol to-go, lost by more than two percentage points. 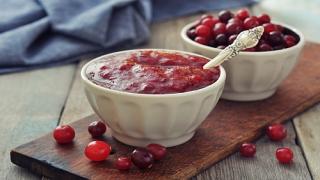 For consumers, balance remains the name of the game, both in everyday shopping and special occasions. As the Thanksgiving holiday descends on a country that’s largely returning to pre-pandemic ways of celebrating, The Kroger Co. shared some ways that its customers are balancing nostalgia, convenience and taste.

Kroger reports that tradition and sentiment are strong for this Thanksgiving. Cranberries, for example, remain a holiday staple with an estimated 6.2 million pounds to be sold. Pumpkin, apple and pecan pies continue to be tops in desserts, while the pull of nostalgia is reflected in popular cocktails like maple old-fashioned and cranberry mules.

That said, convenience is driving interest in some Thanksgiving solutions, according to Kroger. The retailer added a new half-pumpkin, half-pecan pie this year for consumers interested in a little bit of both flavors. Kroger is also offering ready-to-heat and ready-to-eat options for the holiday repast as part of its Our Brands private label line; examples include Private Selection Petite Sweet Potatoes with Brown Sugar and Cayenne, Kroger Family Size Broccoli and Cauliflower Au Gratin, Private Selection Cheesecake Bites, Simple Truth Salad Starters and Simple Truth Organic Butternut Squash Soup.

"Thanks to our amazing team of associates, Kroger is prepared to help our shoppers make holiday memories this season with all of their favorite family recipes and Thanksgiving staples — including 55 million pounds of turkey," said Stuart Aitken, Kroger’s SVP and chief merchant and marketing officer. "As families and friends gather this Thanksgiving, we are here to help them make it a meal they will remember – whether they're recreating longstanding traditions or creating new – no matter how they choose to celebrate."

Cincinnati-based Kroger is No. 4 on The PG 100, Progressive Grocer’s 2022 list of the top food and consumables retailers in North America.

Gopuff Rolls Out New Features Ahead of Holiday Season 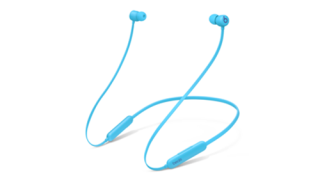 Details are as follows:

• 24-hour ordering, which enables customers to place an order even when Gopuff is closed, with delivery as soon as the company reopens.
• Scheduled delivery, permitting customers to schedule orders in advance for a specific date and time.
• Gifting, which streamlines the process for customers using Gopuff to send products to friends and family members in other locations.
• BOPIS, available at many Gopuff locations for customers on the go.

“Since 2013, we have constantly refined and expanded what it means to deliver to our customers when and how they want,” noted Philadelphia-based Gopuff. “These four new features continue that commitment – we’re here whenever and however you need us.”

Additionally, Gopuff has designated Nov. 25 as Blue Friday, with up to 50% off on all things blue for one day only. Hot-ticket items like Beats Flex All-Day Wireless Earphones in Flame Blue (pictured) will be 43% off on Gopuff on that day.

“From Frosted Flakes to Dawn Dish Soap and everything blue in between, the discounts on blue household products are endless, and with Gopuff, you can get them delivered straight to your door,” the company said.

Gopuff is No. 79 on The PG 100, Progressive Grocer’s 2022 list of the top food and consumables retailers in North America.