FDA to Evaluate Children's Exposure to Mercury From Seafood 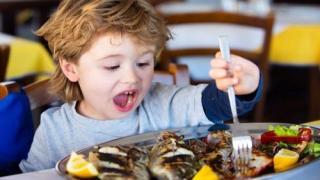 The U.S. Food and Drug Administration (FDA) has revealed the launch of an independent study by the National Academies of Sciences, Engineering and Medicine (NASEM) on the "Role of Seafood Consumption in Child Growth and Development." The FDA is partnering with the National Oceanic and Atmospheric Administration, U.S. Department of Agriculture, and U.S. Environmental Protection Agency on this study, which supports the goals of the FDA’s Closer to Zero Action Plan for reducing the exposure of babies and young children to mercury, arsenic, lead and cadmium from foods.

Seafood is part of a healthy eating pattern and provides key nutrients during pregnancy, breastfeeding and/or early childhood to support a child’s brain, spinal cord and immune system development. At the same time, seafood is the primary dietary source of mercury, which is spread throughout the environment by both natural and human-made processes. Mercury can damage the nervous system, and babies and young children are more vulnerable to the harmful health effects of mercury. Seafood can also be a source of exposure for other naturally occurring and human-made contaminants.

[Read more: "The Next Wave of Seafood Sustainability Improvements"]

NASEM will convene a committee of experts to conduct systematic reviews of the scientific literature on seafood nutrition and toxicology. This data will inform the basis for evaluating how seafood consumption impacts child growth and development. The study will also help determine whether updates are needed for the current Advice about Eating Fish for children and those who might become or are pregnant or breastfeeding.

NASEM will publish the committee’s report after the study is complete, in approximately 18 months. The FDA will use the report’s findings, along with other data and information, to advance policies and programs that support healthy child growth and development. 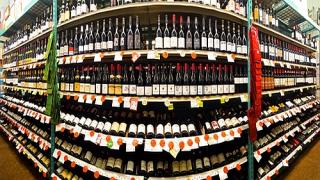 Many Colorado shoppers and retailers are toasting proposed legislation permitting the sale of wine and similar fermented beverages in grocery stores. Residents can vote up or down on Proposition 125, which is on the ballot for the Nov. 8 election.

The measure would allow grocers and c-stores that are currently licensed to sell beer – okayed by the legislature for retail sale in 2016 – to also purvey wine, cider, mead and sake after March 1, 2023. According to the proposed legislation, retailers can also offer tastings if approved by the local licensing authorities.

There are some limits to Prop 125. For example, a grocery or c-store would not be licensed to sell wine and fermented malt beverages if it is located within 500 feet of a retail liquor store or licensed wine retailer.

Another piece of legislation is in front of voters, too. Coloradans have a chance to vote for or against Proposition 126, which would allow for alcohol product delivery by third-party services and grocers.

According to local media reports, the measures have the support of major grocery businesses. The Wine in Grocery Stores issues committee, which has raised more than $11.2 million, has been backed to various degrees by retailers including Albertsons Cos., The Kroger Co. and Target Corp., and delivery platforms Instacart and DoorDash, among others.

Meanwhile, several independent liquor stores in the state have voiced their opposition to the proposed legislation, citing competitive concerns. “Every small liquor store depends on wine sales to keep their lights on,” declared Loren Touch of Gunbarrel Liquors in Gunbarrel, Colo., in a recent article published by Colorado Politics. 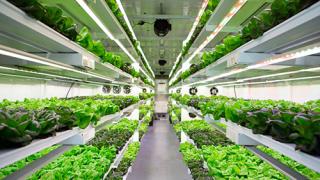 The USDA Agricultural Research Service (ARS) has awarded a new contract to AmplifiedAg, an agricultural technology company focused on controlled-environment agriculture (CEA), to supply additional integrated vertical farming research labs to support the agency’s CEA research initiatives. The new labs effectively double the capacity of the USDA’s CEA Center of Excellence, where the agency is conducting its first project for the indoor-agriculture industry.

“We’re extremely proud that the USDA has once again selected AmplifiedAg’s technology to advance and expand its category-defining CEA research,” said Don Taylor, CEO of Charleston, S.C.-based AmplifiedAg, which provides fully integrated farms and multi-tenant software-as-service architecture. “This first-of-its-kind scientific research will lead to greater transparency, innovation, and adoption of indoor-agriculture technology and indoor-grown produce, while addressing the challenges that impact our global food and agricultural systems.”

The USDA-ARS first contracted AmplifiedAgin October 2021 to provide fully integrated container-farming research labs. This most recent contract marks the third time in the past 11 months that the agency has selected AmplifiedAg technology to support and scale the center’s work. 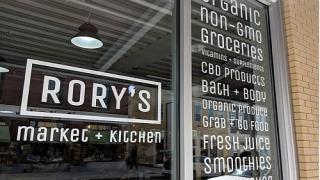 A new grocery store is providing relief to a food desert in Providence, R.I. Rory's Market and Kitchen recently opened in the city’s downtown district at 113 Washington Street.

This is the third location for the women-owned organic grocery business. The independent grocer operates two stores in the Cape Cod region, in Dennisport and Mashpee, Mass.

In addition to items ordered at a service counter, shoppers can pick up something from a grab-and-go cooler filled with products like overnight oats, salads and side dishes.

A wide variety of grocery products are available at the 6,000-square-foot store, including organic produce, meats, cheeses, everyday grocery staples and household essentials. A bulk foods area and beer, wine and spirits department also cater to customer needs and tastes.

Rory’s Market and Kitchen is run by second-generation owner and CEO Rory Eames, whose mother, Darby, opened her first store in 1978 in Dennisport. “This is our first urban location, which gives us the opportunity to grow together in such a special city like Providence,” said Eames. “We are so excited to serve and be part of the community.” 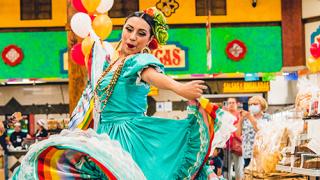 Cardenas Markets has revealed that grand-opening event planning is well underway for five of its recently acquired store locations in San Bernardino, Perris, Riverside, Fontana and Chino, Calif. Festivities for these locations that previously operated under the Rio Ranch Market banner will take place on the following dates:

Each store location has undergone an extensive remodel featuring such enhancements as an authentic Mexican Cocina (kitchen) where customers purchase Cardenas’ signature carnitas, tamales and taquería classics, and enjoy Daily Deal options; a Tortillería offering authentic corn and flour tortillas made from scratch, in addition to masa made using the traditional Nixtamal technique and a bakery filled with specialty pastries, desserts, cakes, pan dulce and bolillos baked fresh daily

Home and Hardware by Buehler’s Is Now Open 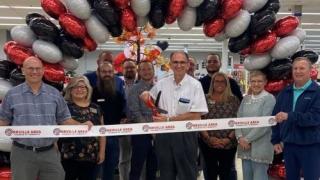 Home and Hardware by Buehler’s has officially opened in Buehler’s Fresh Foods store in Orrville, Ohio. The Orrville Area Chamber of Commerce held a ribbon cutting on Oct. 4 to commemorate the opening of Buehler’s newest addition.

The new section of Buehler’s offers plumbing, electrical and painting supplies. It also has an expanded pet section, gifts and seasonal décor.

“As always, we are very glad to see a new business open its doors in Orrville,” said Mayor Dave Handwerk. “It’s great to see that Buehler’s has used this space to give Orrville shoppers another choice for hardware needs, from a hammer and nails to Red Rider gear and Christmas lights.”

A grand-opening sale runs through the month of October, with giveaways every week and a free gift with any purchase.