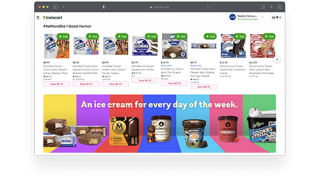 Consumers can now shop Unilever’s The Ice Cream Shop nationwide for the first time ever through its new partnership with San Francisco-based tech company Instacart. The partnership expands the virtual restaurant’s delivery service from select major metro areas to the entire United States, with deliveries received in as fast as 30 minutes via Instacart’s retail partners. 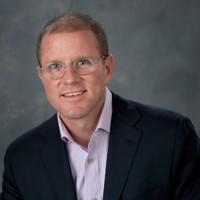 The vice chairman of Grocery Outlet Holding Corp.'s board and former co-CEO, S. MacGregor Read Jr., has retired. The company veteran started his career as an intern in 1993 and worked in several capacities for Grocery Outlet over nearly three decades, including roles in purchasing, retail merchandising real estate and construction.

Read, tapped as co-CEO in 2006, helped guide the discount retailer to significant growth during his tenure.  He was named executive vice chairman of the board in 2018, and transitioned to vice chair in 2020.

“After 16 years of service on our board and nearly 30 years as part of the Grocery Outlet team, the impact MacGregor has had on the trajectory and success of our business is unmatched,” said Grocery Outlet CEO Eric Lindberg. “MacGregor has been a steadfast and strategic partner to me and the rest of the leadership team, helping build and solidify the most unique aspects of our business model – how we buy and how we sell.”

Read expressed gratitude to the organization and his colleagues for his long career at Grocery Outlet.  “I want to thank Eric and the entire Grocery Outlet family for the best three decades of my life,” he said. “While I step away and enjoy this next chapter, I look forward to watching the continued success of Grocery Outlet. I have the utmost confidence in the leadership team, our unique model and independent operators who bring our treasure-hunt shopping experience to customers across the country each day.” 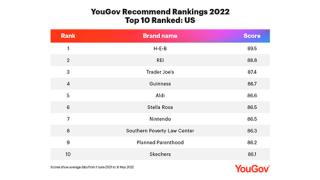 YouGov, which tracks 2,000 brands through its BrandIndex tool, has released its annual Recommend Rankings, based on the percentage of a brand’s customers who would recommend it to a friend or colleague, and Texas grocer H-E-B has topped the list as the most recommended brand in the United States, with an average score of 89.5 from its customers.

With U.S. locations in Redwood City, Calif.; San Francisco; Cheshire, Conn.; Chicago; New York; and Portland, Ore., YouGov has one of the world’s largest research networks. At the core of its platform is a growing source of consumer data that has been amassed over 20 years of operation, which it calls Living Data. All of YouGov’s products and services draw upon this detailed understanding of its 20 million registered panel members to deliver accurate, actionable consumer insights.

The largest privately held employer in Texas, San Antonio-based H-E-B has more than 420 stores and 145,000 employees in Texas and Mexico. The company is No. 16 on The PG 100, Progressive Grocer’s 2022 list of the top food and consumables retailers in North America. Brampton, Ontario-based Loblaw Cos. Ltd. is No. 11Costco’s Ottawa, Ontario-based Canadian division is No. 19; Batavia, Ill.-based Aldi U.S. is No. 24; Monrovia, Calif.-based Trader Joe’s is No. 27; and Earth City, Mo.-based Save A Lot is No. 60 on PG’s list.

Kroger Foundation Named As Leader in Fight Against Food Insecurity 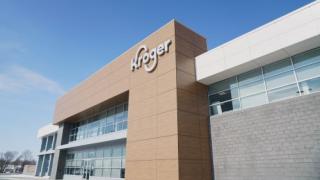 The Kroger Co. Foundation has been recognized as a 2022 Hunger Leadership Award winner by the Washington, D.C.-based Congressional Hunger Center because of the grocer's commitment to fighting hunger across the country.

The foundation, which was established in 1987, has invested in the next generation of diverse and inclusive leaders for the past five years by supporting Congressional Hunger Center Bill Emerson National Hunger Fellows. Eight fellows who worked to improve food security in the United States through advocacy, public policy and direct engagement with hunger organizations have been sponsored to date.

"We appreciate this honor from the Congressional Hunger Center, which recognizes our corporate affairs leaders' effective stewardship of foundation funds to create communities free of hunger and waste," said Keith Dailey, Kroger's group VP of corporate affairs and president of The Kroger Co. Foundation. "The foundation is committed to advancing Kroger's Zero Hunger | Zero Waste vision, driving both social impact and environmental sustainability through impact giving."

For its part, Kroger's Zero Hunger | Zero Waste social and environmental impact plan has directed more than 2.3 billion meals to feed people in communities across America, and is working toward a goal to donate at least 3 billion meals by 2025. 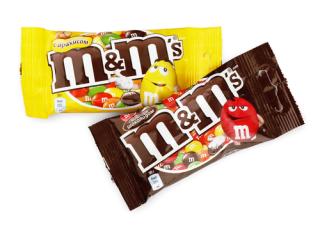 Instacart is making room for the full portfolio of products from Mars. The global CPG company said this week that it’s making products from more than 40 brands available on the instant-needs platform.

Instacart users can now order items from such brands as M&Ms, Snickers, Ben’s Original, Seeds of Change, Pedigree and Iams, covering a broad swath of categories.

“At Mars, we know that today’s savvy consumers are shopping on digital platforms like Instacart for choice for choice, convenience and time-saving benefits. Our innovative partnership with Instacart enables Mars to continue to reach consumers where they choose to shop,” said Kelly Goering, VP of sales at McLean, Va.-based Mars.

Included on the Instacart platform are some new products from Mars brands, including M&M’s Crunchy Cookie and Nu-Tro So Simple dog food.

As it makes its products more accessible to consumers, Mars is planning for growth in other ways. Earlier this summer, the corporation revealed that current CEO Grant F. Reid is retiring after 34 years in the industry. He will be succeeded by Paul Weihrauch, currently the global president at Mars Petcare.

For its part, Instacart continues to expand its platform to more brands, retailers and partners. The grocery technology company recently enhanced online ordering and delivery for catered items and added a solution for same-day delivery of large, bulky items like grills and electronics. 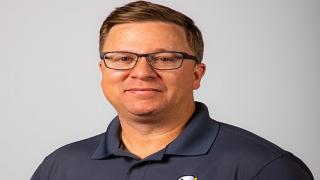 Science-based cleaning company Kaivac has promoted Mike Perazzo to EVP of sales.  Perazzo is a 14-year company veteran who started as a sales director and was VP of business development for the past seven years.

The new role elevates him to the leadership team at Hamilton, Ohio-based Kaivac, which offers cleaning systems for areas throughout grocery store environments. In his new position, Perazzo will set the company’s sales strategy, support customer acquisition, open new markets and expand the existing customer base.

“Next year is our 25th anniversary year,” said Bob Robinson Jr., Kaivac’s chief growth officer. “We need the best people in the right roles to capitalize on our current positive momentum. Mike is the perfect person to lead our sales team into the future.”

Perazzo said that he hopes to build on the relationships he’s forged in the retail industry, as well as in the health care, education and building service contractor markets.  “I love to lead, coach and mentor,” he noted. “In this phase of my career, it’s important to me to help other people realize their professional ambitions. As much as our team has done, there’s so much more we can do. We’re only just getting started.”

Perazzo will share insights on how to create a clean, safe store environment during an upcoming Progressive Grocer webinar on Sept. 20.