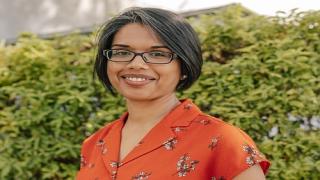 Alternative-dairy company New Culture has appointed Binita Bhattacharjee, Ph.D., VP of process development and engineering. In her new role, she will lead the organization’s fermentation and downstream processing teams and work with external co-manufacturing and research partners to enhance production capacity and launch the company’s animal-free mozzarella designed to stretch, melt and bubble like traditional cheese.

Most recently, Bhattacharjee was senior director of process development at biotech company Amyris. Her 15-year industry experience spans functions such as technology evaluation, process development, techno-economic modeling, logistics and engineering for sustainable products. She earned her doctorate and master’s degrees from the Massachusetts Institute of Technology (MIT), and her bachelor of science degree in chemical engineering from the University of California, Berkeley.

"Binita is a world-class engineer, scientist and leader with deep experience harnessing bioprocess to produce innovative, sustainable products," said Inja Radman, Ph.D., co-founder and chief science officer of San Leandro, Calif.-based New Culture. "By adding her to the helm of our impressive fermentation and downstream process development teams, we are one step closer to bringing New Culture mozzarella to market."

New Culture is working on producing the dairy protein casein without any animal inputs to make its alternative mozzarella cheese, which will be rolled out in 2023. The business is backed by such investors as Kraft Heinz's Evolv Ventures, ADM Ventures, S2G Ventures, Mayfield, CPT Capital, Ahren Innovation Capital and Future Ventures. 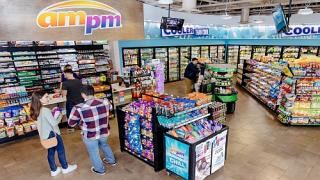 BP’s Ampm c-store chain is now bicoastal with the opening of a location in New York City. The store, at 824 Allerton Avenue in the borough of The Bronx, is the first of its kind on the East Coast and represents the company’s ambitious expansion plans: It aims to increase the number of strategic convenience sites from around 2,000 to 3,000 by the end of the decade.

The Bronx Ampm is based on the store model of Thorntons, the fuel and c-store banner acquired by BP last year. The space includes fresh fruit, groceries, nonfood items and a hot prepared food area.

"As BP transitions toward becoming a net-zero company, convenience will play a huge role in delivering our integrated strategy. The experience customers feel at our retail sites will be key to attracting them in and ensuring they return. Because New Yorkers are always on the go, the Empire State is a perfect fit for this expansion," said Dave Lawler, chairman and president of Houston-based BP America.

Added Greg Franks, SVP mobility and convenience, Americas: "This store sets the stage for us to maximize the large BP footprint along the East Coast.” 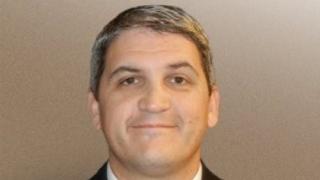 “We’re pleased to welcome Marty to the team,” said Rom Kosla, EVP, IT and CIO at Retail Business Services. “His deep experience in retail and related industries, where he was responsible for driving digital transformation, will be valuable as we continue to transform IT for Ahold Delhaize USA companies.”

Continued Kosla: “As each of our companies continues to serve connected customers and drive aggressive omnichannel growth, the role of IT has never been more important. We look forward to Marty’s contributions as we continue our work to Evolve IT and enable Ahold Delhaize USA companies to thrive in an omnichannel world.”

“I’m excited to join the organization at this pivotal time for Ahold Delhaize USA companies,” said Wolfe. “Retail is rapidly changing, and technology is a differentiator that enables retailers’ abilities to compete. I look forward to supporting Retail Business Services in its Evolve IT journey, which is key in enabling Ahold Delhaize USA brands to win now and into the future.”

Parent company Ahold Delhaize USA, a division of Zaandam, Netherlands-based Ahold Delhaize operates more than 2,000 stores across 23 states and is No. 10 on The PG 100, Progressive Grocer’s 2022 list of the top food and consumables retailers in the United States. 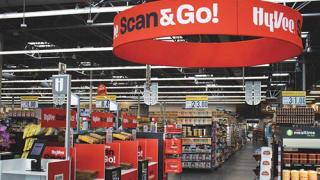 Hy-Vee has expanded its Scan & Go program that runs on FutureProof Retail (FPR)’s Mobile Checkout Platform to even more locations. The Midwestern grocer’s Scan & Go offering rolled out at select Des Moines, Iowa, locations last year and has since been implemented at several dozen Hy-Vee locations, with more in the pipeline.

FPR’s solution enables customers to scan items with their phones, pay in the app and exit the store after scanning a QR code on their way out. Shoppers can also weigh their own produce and scan a barcode on the scale screen. While shopping, customers can view their basket total at any time and bag items at once. The app also applies all deals, promotions, coupons and perks to the shopping basket.

With FPR’s help, the grocer was able to set up the platform and integrate it with its existing systems in just a few months. FPR integrated its scan-and-go solution with Hy-Vee’s existing point-of-sale and promotion systems, permitting customers to amass Hy-Vee Fuel Saver Rewards and use digital coupons while shopping with the app.

“Hy-Vee set a new record in driving adoption at launch, especially in its new flagship stores,” noted Will Hogben, CEO of New York-based FPR. “Hy-Vee is a leading innovator in retail technology and new store formats, and we are thrilled to be their partner for new checkout technologies.” 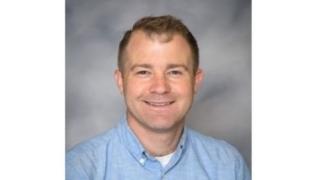 Butter Buds, Inc. is ramping up its R&D efforts with the hiring of David Anderson as applications manager. Working out of the company’s lab and test kitchen facility in Racine, Wis., he will help drive new ideas and innovations using the company’s real dairy ingredient across a variety of applications.

Anderson comes to the dairy and non-dairy concentrate supplier from Robert Half Management Resources. He has also served as president of Brew City Booch, a kombucha brewery in Milwaukee, and as an associate scientist and global product manager at Chr. Hansen/AS. He earned a master of business administration from the University of Wisconsin, Milwaukee, and a bachelor’s degree in molecular biology from the University of Wisconsin, Madison.

“David Anderson has been a welcome addition to the Butter Buds team,” said Michael Ivey, national sales director at Butter Buds. “Not only does David bring a wealth of application expertise, he also has an extensive background in both technical and commercial experience in the food industry. As applications manager, David combines his refined skillset in supporting business growth and new product development with his ability to build and improve upon customer relationships. All of these attributes make him an excellent asset to our team.” 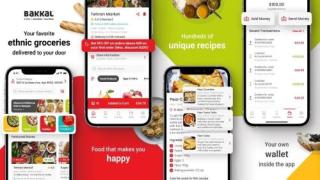 A last-mile delivery platform for ethnic foods has gotten a boost to expand its partnerships with independent grocers. Pleasanton, Calif.-based Bakkal Corp. recently received $3 million seed funding from new and existing vendors as it plans to expand its services, internal teams and marketing efforts.

Bakkal first rolled out its last-mile delivery platform in the Los Angeles area in late 2021 and entered the San Francisco region earlier this year. The company’s goal is to improve access to online grocery orders and deliveries from neighborhood ethnic retailers.

"We believe small grocery stores are a key part of our community and culture. Consumers from diverse ethnic backgrounds have access to healthy and affordable food through these organizations. Ethnic grocery options deserve more than a tiny corner of the grocery store," said Founder and CEO Murat Karslioglu. "We are digitizing the ethnic grocery supply chain and making it easier for small local stores to source inventory. By helping high quality and international brands stock their products reliably at stores, we increase affordable food options."

According to company information, the latest infusion of capital has increased the company’s valuation to $20 million. The company operates offices in the U.S. in California, as well as in Istanbul, Kyrgyzstan and Tel Aviv.