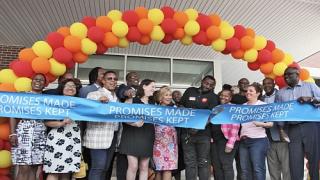 A grocer that bills itself as an extreme value retailer is growing at a time when more consumers are seeking deals. Grocery Outlet, which is releasing second quarter results on Aug. 9, recently expanded its footprint with the addition of two locations on opposite sides of the U.S.

This week, shoppers were able to check out a new Grocery Outlet Bargain Market in North Philadelphia. Located at 2077 Ridge Avenue in the Sharswood neighborhood that has long been considered a food desert, the grocer offers branded products at lower prices often sourced from manufacturers with excess inventory and seasonal closeouts. The store is part of a significant improvement project in the area and was supported by the Philadelphia Housing Authority (PHA), Mosaic Development Partners and SHIFT Capital.

“We are overjoyed to be an oasis for the Sharswood community and convenient access to healthy and affordable groceries,” said Donta Rose, a Grocery Outlet independent operator.

PHA’s President and CEO Kelvin A. Jeremiah said that the store is a welcome and much-needed addition. “We are extraordinarily pleased that Grocery Outlet and Mr. Rose recognized the opportunity to become part of the transformation of the emerging Blumberg-Sharswood community,” he said. “Today, we welcome Grocery Outlet Bargain Market, which will not only make fresh, healthy food available, it will become a catalyst for attracting businesses to this community.”

Also this week, Grocery Outlet operators Ana Gil and Jorge Lopez opened a location at 25 E. Hillcrest Drive in Thousand, Oaks. Calif. According to Grocery Outlet’s social media pages, Gil and Lopez grew up in the area, are active in their home communities and have joined the Conejo Valley Chamber of Commerce. To mark the occasion, the operators offered gift card giveaways to the first 100 shoppers.

Based in Emeryville, Calif., Grocery Outlet has more than 400 stores in California, Washington, Oregon, Pennsylvania, Idaho, Nevada and New Jersey. The company is No. 70 on The PG 100, Progressive Grocer’s 2022 list of the top food and consumables ret 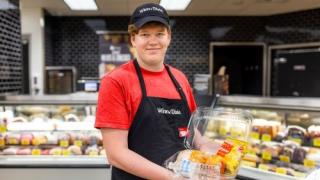 Now through Labor Day, Southeastern Grocers and its SEG Gives Foundation are offering customers and associates 17 and a specially prepared “Student Summer Lunch Pack” for $2. The meals are available at any Fresco y Más, Harveys Supermarket or Winn-Dixie deli department.

The meal program is part of Southeastern Grocers’ and its foundation’s new “Break from Hunger” initiative that aims to provide healthy, accessible meal options to children in need.

The boxes include a ham or turkey sandwich, chips, a fresh fruit item and a bottle of water, and the foundation will also donate $1 from each box purchased to Feeding America.

“The challenges that our communities have faced during these past few years have magnified the struggle of many families to feed their children during the summer months,” said Raymond Rhee, chief people officer at Southeastern Grocers. “Through our Break from Hunger program and continued partnership with Feeding America, we aim to provide children with the nutritious food they need for a healthy life. We want to do everything we can to get food on the tables of our neighbors who need a helping hand – now more than ever.”

Jacksonville, Fla.-based Southeastern Grocers is one of the largest conventional supermarket companies in the United States, with grocery stores, liquor stores and in-store pharmacies serving communities throughout Alabama, Florida, Georgia, Louisiana and Mississippi. The company is No. 39 on The PG 100,Progressive Grocer's2022 list of the top food and consumables retailers in North America.

Boxed’s Software and Services Business Gets an Upgrade
link copied 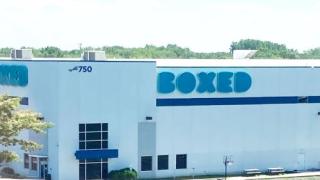 The Spresso platform includes several e-commerce services that cover storefront, marketplace, B2B, ad platform and fulfillment. Retailers can choose from several SaaS modules that allow them to improve conversion rates through pricing optimization, identify high-risk customers at the most optimal time in their lifecycle, find the highest-value customers at the beginning of their engagement and recommend relevant items at the best point in the user experience to increase basket sizes. In addition, the platform enables users to optimize packaging and shipping functions to reduce waste and save costs.

"Boxed invested early in data science and machine learning. We have built, tested, iterated, and innovated solutions that have been transformative for Boxed's business. With Spresso, we have taken the best of our solutions and packaged them so that any business, regardless of data capability and size, can see meaningful impacts to their bottom line,” explained Jared Yaman, Boxed’s COO and head of the Spresso business unit.

In addition to enhancing its software and services platform, Boxed announced that it is teaming up with a new animal health supplier, Jeffers Pet. “The Jeffers partnership shows that our technology extends beyond just grocery. I am incredibly excited about these enhancements to Spresso’s total addressable market and the prospect of sharing our capabilities with more world-class retailers," said Boxed CEO Chieh Huang, who noted that the company has also expanded beyond English-speaking deployment via a new partnership with a retail group in Vietnam. 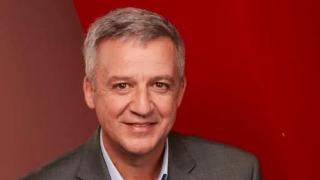 The Coca-Cola Co. has promoted John Murphy to president and CFO. Murphy, who most recently served as EVP and CFO, will assume his new duties on Oct. 1.

He succeeds Brian Smith, who is retiring from the president position this fall but staying on as a senior executive through February 2023. Smith joined Coca-Cola in 1997 and moved up to leading c-suite roles, including the president and COO position in 2019.

Murphy is a Coca-Cola veteran, starting with the company in 1988 as an international internal auditor. Over the years, he ascended to positions with increasing responsibility in areas of finance, planning and operations and worked abroad in Japan and Indonesia. Before becoming CFO three years ago, he was president of the company’s former Asia Pacific group.

James Quincey, Coca-Cola’s chairman and CEO, commented on the leadership changes. “Brian has made innumerable contributions to the Coca-Cola system during his 25 years with the company. I thank him for his service and, on behalf of the company, wish him all the best,” he remarked.

“John has been a vital business partner and leader at the company,” Quincey added. “As president and CFO, John’s new role will be instrumental in driving critical, enterprise-wide imperatives across the Coca-Cola system.” 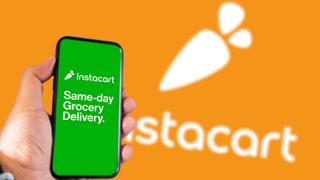 “We’re excited to bring even more convenience to the shoppers across our various markets,” said Jillian Sirica, manager, digital marketing for Tops. “This expansion marks our 13th and largest expansion since Tops launched Instacart services in 2017.”

Tops first rolled out Instacart’s same-day grocery delivery at stores in Buffalo, Rochester, and Syracuse, N.Y., as well as in Erie, Pa., in November 2017. In 2018 alone, the company expanded the same-day service to 44 additional stores. Tops customers using Instacart will not only find most of the grocer’s in-store deals online, but will also have access to their favorite brands, all while earning gas points that they can redeem at Tops fuel stations.

Also this week, Tops said that it was expanding its Shop + Scan app to four additional New York stores, bringing the total of its Empire State stores offering the service to 28. 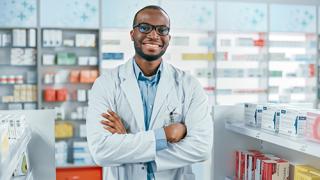 The members of seven United Food and Commercial Workers (UFCW) locals collectively representing more than 700 pharmacists and pharmacy workers at Ralphs, Vons, Albertsons and Pavilions locations across Southern California have voted to reject a contract offered by the supermarket chains.

“Southern California’s essential pharmacists have taken the time to thoughtfully review the contract offered by Ralphs, Vons, Albertsons and Pavilions and have collectively voted to reject it,” the locals noted in a statement. “The absolute priority of our unions is always to advocate for the needs of the majority of our members, and, ultimately, this contract did not meet those needs. While we are working with a federal mediator to return to the bargaining table with these employers and secure the contract our members deserve, we are ready to take all necessary action to make sure our members’ voices are heard.”

Earlier this week, it was revealed that the local’s members had voted overwhelmingly to authorize union leadership to call for strikes on the basis of unfair labor practices. Negotiations had resumed July 22 between UFCW and Ralphs, Vons, Albertsons and Pavilions. No dates have been set yet for a strike.