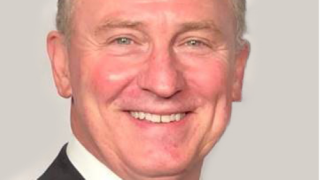 The California Walnut Board (CWB) and California Walnut Commission (CWC) have tapped Robert Verloop as the organizations’ new executive director and CEO. In this role, he will help build demand and share and support innovative growing and production practices.

Verloop previously served as COO at the family-owned vegetable grower Coastline Family Farms. He also held leadership roles with Naturipe Farms/Naturipe Brands, Sunkist Growers, Inc. and the California Avocado Commission, where he worked across several marketing, sales, and strategic planning functions and collaborated with state and federal agencies. Additionally, he had a seat on the board of directors at the Produce Marketing Association.

“He has the unique experience of leadership roles as a grower/shipper of highly perishable produce and in commodity organizations," said Bill Tos, chair of the California Walnut Board’s executive committee. "Robert understands the challenge to 'move the crop.' In addition, he has extensive knowledge and creativity as a marketer working in complex domestic and international markets.”

“In collaboration with the growers and handlers, we must respond to rapidly evolving market conditions with a sense of urgency and purpose and continue to build an ongoing dialogue with key customer segments in order to drive sales in all market segments,” Verloop remarked. “I am also keenly aware of the multi-generational nature of an industry dating back more than a century. The new generations are inheriting a dynamic industry that continues to evolve through innovation, starting with new advances in orchard management practices, post-harvest management, and developing exciting new consumer products that showcase the versatility and delicious taste of nutritious California walnuts.”

Together, the CWB and CWB represent over 4,500 California walnut growers and nearly 90 handlers producing over 1.4 billion pounds of walnuts in 2021 that shipped to more than 50 countries around the world.

Food solutions company SpartanNash is once more among the 2022 Best and Brightest companies to Work For in the Nation, according to the National Association for Business Resources. This is the 10th consecutive year SpartanNash has been honored for its associate engagement and human resources practices. There were no other grocery companies on this year’s list.

“We are incredibly proud to have been recognized on a national level as a top employer for the past decade,” noted SpartanNash President and CEO Tony Sarsam. “Even through a pandemic, supply chain challenges and inflation shifts, we continue to prioritize People First initiatives and strive to cultivate an environment in which our associates can thrive, not only for themselves, but for their families and our larger communities.”

The Best and Brightest Companies to Work For competition is based on such categories as communication, work-life balance, employee education, diversity, recognition and retention.

Based in Warren, Mich., the National Association for Business Resources specializes in benchmarking employment standards and has held Best and Brightest competitions for more than two decades.

The company plans to host a National Day of Hiring for various retail and distribution center positions later this summer.

SpartanNash’s core businesses include distributing grocery products to independent and chain retailers, its corporate-owned retail stores, and U.S. military commissaries and exchanges, as well as fresh produce distribution and fresh food processing. No. 41 on The PG 100, Progressive Grocer’s 2022 list of the top food and consumables retailers in North America, the Grand Rapids, Mich.-based company also operates 145 supermarkets and employs 17,500 associates. 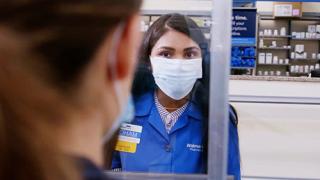 For the second time in the past year, Walmart is making significant investments in higher wages and career progression for its pharmacy technicians, with the aim of creating additional avenues of growth and opportunity for them.

According to a blog post by Kevin Host, SVP, Walmart Health & Wellness, pharmacy, and Sean Jackson, SVP, Sam’s Club GMM, health and wellness/consumables, the retailer is doing the following:

• Giving raises to current associates: As of this week, the company raised wages for its more than 36,000 Walmart and Sam’s Club pharmacy technicians, who will now earn an average hourly wage of more than $20 an hour. Pharmacy techs’ last pay increase was in August 2021.

• Offering more frequent raises: Pharmacy technicians will get more frequent, automatic pay raises as Walmart rolls out a progressive wage model designed to differentiate it from the competition. Pharmacy techs will receive raises every six months in their first two years with the company.

“We believe we are among the first large retailers to incorporate this kind of model – an approach that’s commonly seen in health care systems,” Host and Jackson wrote in the blog post. “This will help associates increase their pay more quickly as they build their careers and continue working at Walmart.”

Additionally, through its Live Better U and related programs, the company covers the costs of becoming certified to be a pharmacy technician, from career diplomas, on-the-job training and test prep, to paying the certification exam fee. Walmart certified technicians can make $3 more per hour than their non-certified peers.

Bentonville, Ark.-based Walmart U.S. is No. 1 on The PG 100, Progressive Grocer’s 2022 list of the top food and consumables retailers in North America, while Sam’s Club, a division of Walmart, ranks eighth on the list. 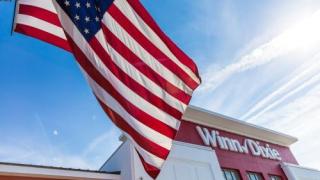 Southeastern Grocers is doubling down on donations to the military ahead of Independence Day with a Military Monday matching commitment. Each Monday from June 20 to July 4, the SEG Gives Foundation will match weekend in-store donations made to the Folds of Honor community donation program, up to $100,000, or $300,000 total.

The mission of Folds of Honoris to provide educational scholarships to the children and spouses of fallen and disabled U.S. service members. The organization helps fund private education tuition and tutoring for children in grades K-12, as well as higher education tuition assistance for spouses and dependents.

“At Southeastern Grocers, we are dedicated to supporting the communities we serve, especially those who serve us,” said Raymond Rhee, chief people officer at Southeastern Grocers. "By doubling down on all in-store Folds of Honor donations with a matching commitment, we are paying it forward to the legacies of the brave men and women who made the ultimate sacrifice with their service to our country.”

Jacksonville, Fla.-based Southeastern Grocers is one of the largest conventional supermarket companies in the United States, with grocery stores, liquor stores and in-store pharmacies serving communities throughout Alabama, Florida, Georgia, Louisiana and Mississippi. Its banners include Fresco y Más, Harveys Supermarket and Winn-Dixie grocery stores. The company is No. 39 on The PG 100,Progressive Grocer's2022 list of the top food and consumables retailers in North America. 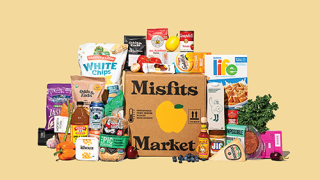 Online grocer Misfits Market has launched a customer loyalty program, Misfits Perks, which enables customers to earn points, discounts and gifts on every purchase. Customers enrolled in Misfits Market’s weekly grocery plan are eligible to earn two points for every dollar that they spend on groceries, while those who shop a la carte will earn one point for every dollar spent on groceries. There’s no limit to the number of perks that customers can earn.

As the retailer noted in a blog post describing the new program: “When you become a Misfits Market customer, you’re automatically enrolled in Misfits Perks for free. Already shopping with us? You’re automatically in, too — and you’re eligible to earn points on all future orders.”

When customers log into their Misfits Market account, they will see which perks they’re eligible for on an upcoming order, based on their points balance. Customers can select from among discounts on an order, a Mini Gift (an everyday item such as a snack or produce item), a Mega Gift (a premium item), or even several gifts at  once.

When perks are redeemed, they automatically apply to the next order. Customers can redeem points while also using other discounts from promo codes and referrals, enabling shoppers to save even more on grocery orders.

Now available in all of the lower 48 states, Delanco, N.J.-based Misfits Market already sells groceries at up to 40% off traditional grocery store prices. In April, the retailer introduced its first private label line, Odds & Ends, consisting of such pantry staples as coffee, nuts, dried fruit, and dark chocolate-covered mini pretzels. 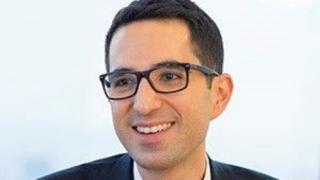 Constellation Brands has promoted Joseph Suarez to lead the investor relations function. Moving up from his most recent role as VP of investor relations, he will oversee the beverage alcohol company’s IR strategy development and execution as part of the finance and corporate communications teams.

Suarez succeeds the retiring Patty Yahn-Urlaub, who held that position  for the past 15 years. She will work closely with Suarez over the next few weeks for a seamless transition.

“We look forward to the continued success of our investor relations function under Joseph’s leadership," said Mike McGrew, EVP and chief communications, CSR and diversity officer. "Joseph brings a well-rounded set of leadership experiences in commercial operations, governance, finance, and investor relations to this role. His strategic orientation and understanding of capital markets will serve both our company and investors well in the years to come.”

“I am grateful for the opportunity to lead Constellation’s investor relations function and continue building on our company’s industry-leading momentum,” remarked Suarez. “Our business has tremendous runway for continued success ahead and our investor relations function has a strong foundation thanks to Patty’s leadership over the years. Our team looks forward to continuing to raise the bar in the years ahead.”