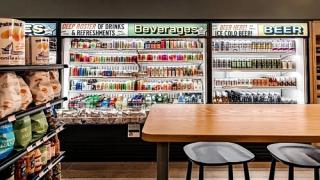 Foxtrot is making its way around Chicago, opening a new store in the Wrigleyville neighborhood at 3649 N Clark Street. Close to the home field of the Chicago Cubs, this well-trafficked spot features Foxtrot’s usual assortment of pantry staples, locally-produced items and prepared foods that can be eaten onsite or taken to go.

This location’s in-store café includes an updated menu with a variety of new summer dishes. Shoppers can enjoy foods and beverages, including beer and wine or drinks from the Foxtrot coffee bar, on the street-side patio.

As with other Foxtrot locations, delivery within a 30-minute window is available to local shoppers who use the Foxtrot app. Pickup is offered as well, in as little as five minutes.

To mark the opening, Foxtrot is giving away tickets to a Chicago Cubs baseball game and doling out items like Chicago-themed magnets. The Cubs mascot will stop by during a family day on Sunday, May 22.

This is the 14th Foxtrot  in Chicago, following the recent unveiling of a store in the Tribune Tower on Michigan Avenue. Another opening is planned for June inside the iconic Willis Tower (formerly known as the Sears Tower), and the business is working on expansions in Texas and Washington, D.C.

Based in Chicago, the e-commerce platform and retailer was founded in 2014 by Mike LaVitola and Taylor Bloom. 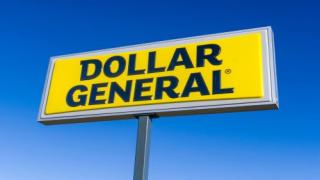 In an effort to further its organizational commitment to diversity, equity and inclusion (DEI), Dollar General has hired three executives to join its leadership team.

Additionally, Mark Person was promoted to director of diversity and inclusion for retail. Person originally joined Dollar General in 2016 as a district manager, and serves as a member of the company’s African American Employee Resource Group and participates in Develop 2 Lead program, which aims to develop talent throughout the organization.

“I have been impressed by the impact Mark has on his team, his customers and his efforts to give back to the community,” said John Garratt, Dollar General’s CFO. “Great companies start with great people, and to have great talent you must have diverse talent. We are excited to have Mark step into this new role and help us continue diversifying our teams.”

Goodlettsville, Tenn.-based Dollar General is No. 15 on The PG 100, Progressive Grocer’s 2022 list of the top food and consumables retailers in North America, and was also PG's 2021 Retailer of the Year. 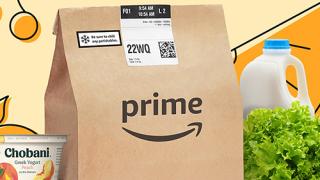 Subscribers of multiple programs are more likely to be affluent, ethnically diverse and values-driven, the report found, as well as Black or Hispanic/Latino, from larger households and impulse buyers.

As for specific metrics, 78% of Prime members do not subscribe to other membership programs, while 28% of people exclusively subscribe to Shipt Everyday and 24% to Walmart+. Amazon Prime has the highest renewal intent rate of 80% and 74% of its subscribers report high satisfaction levels.

Numerator found that consumers prioritize shipping speed, with Shipt members most likely to cite same-day delivery as a key membership benefit. Shipt Everyday also outperforms its baseline metrics by two times and has captured 10.1% of their subscribers’ share versus 4.3% of their total shoppers’ share.

Seattle-based Amazon is No. 2 on The PG 100, Progressive Grocer’s 2022 list of the top food and consumables retailers in North America. Bentonville, Ark.-based Walmart U.S. and Minneapolis-based Target Corp. are Nos. 1 and 6, respectively. 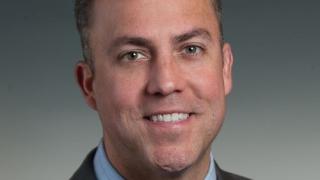 Jensen has worked for the association since 2016. He leads a government affairs team, manages RILA’s payments portfolio and handles financial services issues that fall under the jurisdiction of Securities and Exchange Commission, Consumer Financial Protection Bureau, the Federal Reserve and other key regulators. As sustainability has become a greater priority for retailers, his role has expanded to include environmental issues.

Among other endeavors, he worked with the FTC and Federal Reserve to ensure the enforcement of legislation passed under the Dodd-Frank Act protecting the merchant community. In addition, he also pressured the federal government to drop tariffs on China that have reportedly cost consumers more than $350 billion since 2018.

Prior to joining RILA, Jensen worked on Capitol Hill for more than a decade, serving as chief of staff and deputy chief of staff for various members of the U.S. House of Representatives.

“Austen is an exceptional advocate for leading retailers,” said Michael Hanson, senior EVP of public affairs for the Washington, D.C.-based RILA. “His keen insights, political acumen, dedication, and knowledge of the retail industry drive results for RILA’s members and the retail industry at large. Equally important, he is a caring and motivating leader and guided the RILA government affairs team through extraordinary circumstances during the pandemic. It’s a privilege to work with him, and I’m thrilled to recognize his contributions and value with this promotion.” 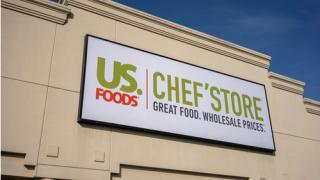 US Foods is opening a new Chef'Store in Spartanburg, S.C. Welcoming customers this fall, the 33,000-square-foot store will include products for foodservice operators, community groups and “at-home chefs” looking for supplies and ingredients.

Among other offerings, the latest Chef’Store carries fresh meat, produce, dairy, deli items and frozen seafood. Center store items such as baking-ingredients and beverages are available, too.

This is the fourth warehouse-format Chef’Store in South Carolina and the 83rd in the country. After acquiring Smart Foodservice Warehouse stores in 2020, US Foods rebranded them as Chef’Stores in February 2021. Already this year, US Foods has opened Chef-Store locations in Visalia, Calif., and Lynchburg, Va.

“We are excited to join the ‘Hub City’,” said John Mathews, VP of sales and marketing for the Rosemont, Ill.-based US Foods. “Spartanburg is a thriving city with a vibrant restaurant and culinary scene, and we look forward to serving the community with competitively priced, restaurant-quality products.” 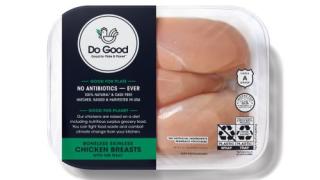 The circular chicken economy is coming home to roost at select grocery stores in the Philadelphia area. Do Good Foods is launching its “carbon reduced chicken” there, produced by birds that were nourished by nutrient-dense, upcycled feed.

That chicken feed was made in part by surplus food diverted from grocery stores. Do Good Foods started the program to provide consumers with high quality chicken while keeping otherwise-healthy grocery food from ending up in landfills.

"Food waste is a massive problem with approximately 40% of the food we grow in the U.S. going to waste. We believe this can be solved with what we are doing at Do Good Foods by upcycling surplus grocery food, creating a closed loop system, and providing accessible great tasting chicken to consumers. We are bringing real sustainability to scale and empowering everyone to be a part of the solution" explained Justin Kamine, co-CEO and co-founder of Do Good Foods. "We're thrilled to make our first retail market Philadelphia – also home to our very first production facility – giving everyone an easy way to Do Good and start making an immediate impact on our planet right from their own kitchen."

According to Do Good Foods, each Do Good Chicken product saves about 4 pounds of surplus groceries from being thrown away. That, in turn, prevents the emission of approximately three pounds of greenhouse gases.

In the Philadelphia market, shoppers can find the products in the poultry case at the Shaw’s, Safeway and Acme banners of Albertsons Cos. and at Giant stores.