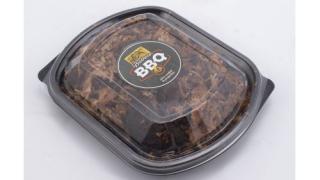 The original recipes are branded with the company’s own Four Brothers label, paying tribute to the four Coborn Brothers: Bob, Dan, Bill and Ron — third-generation family members who worked at the flagship family grocery store in Sauk Rapids, Minn., and led the company’s rapid expansion. The company has increased the Four Brothers assortment considerably in recent years, expanding the product line to include unique offerings in bakery, grocery, deli and meats.

“This exciting, new assortment of fresh smoked meats and sides will provide our guests with delicious and craveable meal options,” said Marti Sunderlin, Coborn's VP of fresh merchandising. “This product assortment is exclusively ours and is created using our own Four Brothers BBQ sauces and made fresh daily.”

The Four Brothers BBQ line will be available hot or cold, fresh or packaged. Many of the company’s stores even have an in-store smoker to add to the sensory experience for shoppers. 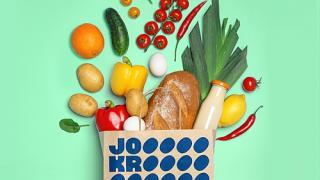 No joke: Instant delivery app Jokr is launching another platform. Following a successful pilot program, the company is adding Jokr Media, a retail media arm of the business.

Designed for its CPG partners and now available in the U.S., Mexico, Columbia, Peru, Chile and Brazil, the retail media platform offers a variety of marketing placements to help companies plan, buy, measure and manage their ads. Ads can be placed in the app, through Jokr’s communication channels and in person through its integrated delivery. For more personalized and/or relevant placements, the startup is also teaming up with infrastructure provider Topsort to enable bidding and self-service.

“Retail media is a powerful new tool for CPGs to build their online presence and grow their sales, and Jokr is putting the development of a comprehensive ads offering at the heart of our strategy,” explained Benedict Counsell, Jokr’s VP of campaigns, onsite and Jokr Media.

According to Counsell, the pilot that began in November 2021 resulted in more than 100 successful paid campaigns for CPG companies, including Kellogg’s, Grupo Bimbo and Pernod Ricard México.

As it expands its offerings, Jokr is also enhancing its team, hiring a dedicated executives to work with its CPG partners on campaigns.

The move to diversify into retail media platforms comes during a shaking-out period within the instant delivery space, which has largely come down from pandemic highs. Founded by Ralf Wenzel, the New York–based Jokr pledges 15-minute delivery with no order minimums and recently updated its app to customize the mobile shopping experience with more personalized and curated content. As the delivery service market evolves, the company has also added on-demand adult beverage sales and announced that it is seeking to become the world’s first climate-positive instant grocery platform. 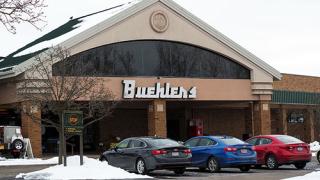 In Ohio, liquor sales are handled by state-licensed “agents” that contract with public/private partnership Ohio Liquor (OHLQ)  to sell these products (this excludes beer and wine, which can be sold in supermarkets).

“We appreciate the opportunity to continue our investment in Galion and the surrounding communities, and look forward to bringing an additional service to our Buehler’s Galion supermarket customers,” said Mike Davidson, CEO and president of Wooster, Ohio-based Buehler’s Fresh Foods.

In addition to liquor, Buehler’s Galion Liquor Agency will include an assortment of more than 300 beers and 400 wines. Customers who mix and match six or more wines will receive a 10% discount.

“We are proud to offer our customers the convenience of one-stop shopping,” said Ron James, Buehler’s director of beer, wine and liquor. “In addition to liquor, we will also offer a selection of snacks, sodas and mixers, glassware, barware, and premium cigars.”

The hours of operation for Buehler’s Galion Liquor Agency will be Monday through Saturday, 9 a.m. to 9 p.m. It will be closed on Sundays.

Buehler’s Fresh Foods was founded in 1929 by E.L. Buehler and his wife, Helen. In 2017, Buehler’s went through a management buyout and formed an employee stock ownership plan. Buehler’s operates 14 supermarkets, seven liquor agencies, outside catering, coﬀee shops and a Food Truck named Ferris. 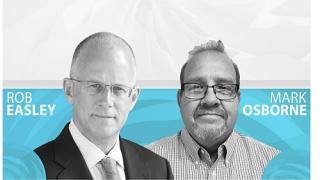 Both leaders have extensive industry backgrounds. Easley was an SVP of operations, chief change officer and chief marketing officer at H-E-B and will leverage his expansive industry knowledge and experience to lead all strategic business development and sales partnerships for RSA.

“By adding Rob Easley to our team, we bring the vision of the industry with us. He will continue to propel RSA America forward as a true differentiator in the market,” said Rob Belcore, RSA’s co-founder and chief customer officer.

Likewise, Osborne brings strong grocery ties to his new position. The former VP/director or operations at Sprouts Farmers Market, Reasor's and Earth Fare has been tapped to lead RSA’s initiatives at the store level to improve sales, profit and customer experiences.

“RSA America has always been a true grocers’ software. We do not believe we can fix problems from the other end of a webinar. As an operations director for at a number of the nation's premier independent retailers his entire life, Mark has driven operational excellence across multiple different grocery concepts,” Belcore remarked.

The material is deemed certified compostable by the Biodegradable Products Institute. Post-use, the package degrades into carbon dioxide, water and biomass, which is then considered natural compost.

This is the latest green move by Volpi, which started reducing the amount of plastic used in its packaging about two years ago. The company recently reported that it diverted more than 45 tons of single-use plastic from landfills in 2021 through its “eco-pack” innovations.

“When we decided to rebrand, we wanted to set the stage for our strategic direction also. Incorporating our Responsibly Raised Pork Program and marrying that together with our artisanal production methods was paramount to the company. The final implementation was the use of less plastic in our packaging,” explained Lorenza Pasetti, CEO of the St. Louis, Mo.-based Volpi Foods. "We wanted to make a statement that all companies can have a positive effect on the environment by reducing the amount of plastic used. C-P worked with us to ensure this strategic goal was made a reality.” 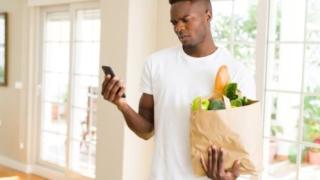 Grocery prices are still climbing, according to a report from data and tech company Numerator, and online grocery and dollar store inflation also shows no signs of slowing down.

For the four weeks ending May 1, Numerator reports that grocery prices were up 12.4% over the previous year, also showing a rise over the nearly 8% increase already taking hold at the beginning of the year. Prices for health and beauty products were up 8.4% in the same time period, showing signs of stabilization, and household items inflation were up 13.8%, a lift from prior weeks.

Online grocery inflation has grown steadily since fall 2021 and has now overtaken dollar channel inflation with an increase of 17.2% over the previous year. Club store grocery prices are up only 7.6%, representing less than half of the increase seen in online and dollar channels.

Consumers across rural, urban and suburban areas are now seeing similar effects from inflationary prices, whereas suburban customers saw the brunt of price increases for the first part of this year. Members of Generation Z experienced the biggest inflation rate for the four weeks ending May 1, followed by Generation X, millennials and baby boomers.

Numerator found that the inflation rates of Black shoppers have now overtaken those of Asian shoppers, though 50.6% of Black consumers reported a positive financial outlook.