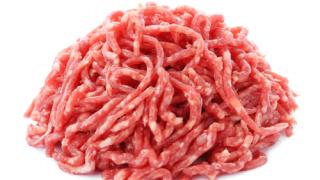 Nearly 121,000 pounds of ground beef have been recalled by supplier Lakeside Refrigerated Services, a Swedesboro, N.J.-based division of Thomas Foods International USA. The recall was prompted by concerns that batches may have been tainted by the E. coli O103 pathogen; to date, there have been no reports of consumer illnesses or hospitalizations.

After a routine test of samples, the U.S. Department of Agriculture’s Food Safety and Inspection Service (FSIS) discovered the contamination and subsequently announced a recall. With packages marked “EST. 45841,” the affected ground beef items were produced between Feb. 1 and April 8 and distributed to customers around the country. A full list of products is posted online.

Earlier this month, FSIS issued a recall for beef jerky products made by Tennessee Brown Bag, LLC because the products were not inspected by USDA. 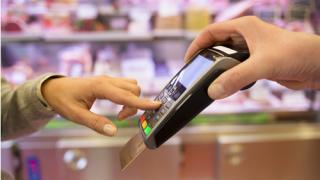 As the cascade of reports about still-rising inflation rates continues, other data reveals the impact of higher prices on consumer sentiments and behaviors. According to a new survey commissioned by Lending Tree, 83% of credit cardholders said that inflation is having a negative impact on their monthly budgets and expenses.

A good chunk of those budgets go to groceries. The survey showed that following gas for their vehicles, groceries are the second most-affected area of expenses these days.

As a result of the pinch of inflation on their budgets for food and other necessities, more consumers are relying on credit this year compared to last year. More than half – 56% – of cardholders say that their dependence on cards has increased over the past year.

The Lending Tree survey also affirmed that concern about inflation spans demographics. Baby Boomers are the most worried about inflation, while younger consumers, including 68% of Gen Z buyers, 66% of Millennials and 64% of parents with kids under 18, are relying on credit cards more than others.

“Many Americans already had a razor-thin financial margin for error,” said Matt Schulz, chief credit analyst at Charlotte, N.C.-based LendingTree. “But now, thanks to skyrocketing inflation, any wiggle room that those families had in their budget might just be gone.”

Other recent research uncovered inflation-era wariness and a willingness among consumers to change habits. Earlier this month, the Federal Reserve released a report showing that consumer credit rose by $41.8 billion in February, a major hike over the $8.9 billion increase in January. Another survey from Bankrate.comfound that 69% of adults expect to change their travel plans for this summer’s vacations, mostly traveling shorter distances and planning fewer trips. 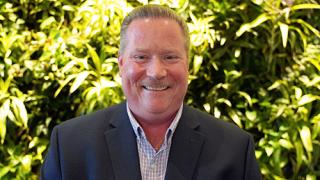 Tops Markets LLC has promoted Jeff Cady to the position of VP of produce and floral as part of Shared Services Center, which supports both Tops and Price Chopper/Market 32. The companies formally merged this past fall.

In his new role, Cady is responsible for supporting the produce and floral business at the Price Chopper/Market 32 and Tops operating companies. His duties include communicating and assisting in the execution of key business objectives, developing business strategies, and overseeing produce and floral operations projects.

A 32-year Tops veteran, Cady most recently held the role of director of produce and floral. He and his family live in Cheektowaga, N.Y.

Williamsville, N.Y.-based Tops Markets operates 150 grocery stores in New York, Pennsylvania, and Vermont, including five are run by franchisees, and employs more than 14,000 associates. The company is No. 66 on The PG 100, Progressive Grocer’s 2021 list of the top food and consumables retailers in North America. 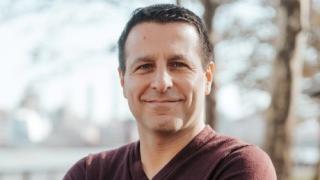 The Bumble Bee Seafood Co. has cast Sebastian Castro-Malaspina into the position of VP of national grocery accounts. In this role, he will use category, customer and consumer insights to help develop the company’s sales initiatives and will oversee a team of sales leaders to boost relationships with retailers including Kroger, Albertsons, Ahold Delhaize, Publix, HEB and HyVee, among others.

Castro-Malaspina comes to the San Diego, Calif.-based Bumble Bee from Danone North America, where he served in a variety of sales and category management leadership roles. His 20-year CPG background also includes stints at Coty, Church & Dwight and The Nielsen Co. A graduate of Brandeis University, Castro-Malaspina earned a B.A. degree in economics and master’s degree in international economics and finance.

“Sebastian brings a wealth of industry knowledge, diverse background, a thirst to drive positive and sustainable results, along with a genuine passion to support others,” said Laura Chamberlain, Bumble Bee’s SVP of sales  “He will be a great compliment in our efforts to drive impact for the Bumble Bee house of brands.” Castro-Malaspina will report to Chamberlin. 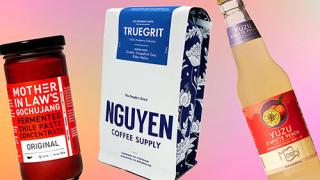 To mark Asian American and Pacific Islander (AAPI) Heritage Month in May, Japanese snack subscription and e-grocer Bokksu has launched a shop-in-shop for Asian-founded brands on Bokksu Grocery.

“Bokksu Grocery’s new Asian Heritage Shop is as much about introducing our customers to some truly delicious foods, as it is about inspiring the next generation of Asian business leaders,” noted Taing, who founded the company in 2015. “Coming up as a bootstrapped AAPI founder, I never saw a venture-backed entrepreneur that looked like me. Now, however, I have the opportunity to use the Bokksu platform to showcase some wonderful Asian-founded companies and, hopefully, help to motivate and validate the next wave of Asian entrepreneurs.”

As well as its current offerings, Bokksu Grocery’s Asian Heritage Shop will continue to add more food products from Asian-founded companies over the next few months, including Chinese-style oatmeals from Yishi Foods, naturally flavored sparkling waters from Sanzo, and sauces and seasonings from Fly by Jing.

Based in New York and Tokyo, Bokksu delivers authentic Japanese food and lifestyle products to customers around the world. The D2C company partners with traditional makers throughout Japan to share their products with more than 100 countries through its snack subscription service, curated market of premium lifestyle goods, and online Asian grocery store. 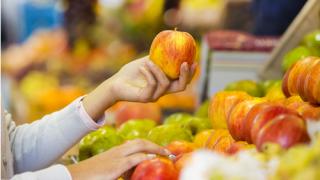 Following a COVID-19 hiatus, Rouses Market is resuming its grocery store tours with a local medical center. The Louisiana grocer and Baton Rouge General (BRG) had offered the tours in past years to help consumers learn how to make healthy food choices.

During the free events at locations in Baton Rouge, Denham Springs and Zachary, La., the medical center’s dietitians will lead participants around the store – mostly traversing the fresh perimeter – to teach them how to read nutrition labels. Customers can also get advice on planning for meals, creating shopping lists and making nutritious recipes.

“We put our in-person grocery store tours on hold during COVID, so we’re happy to be back engaging with the community as life gets more back to normal,” said Kristin West, a registered dietitian at BRG. “For some people this may come easily, but many are overwhelmed at all the options and ‘dos and don’ts’ of healthy eating, often making poor choices as a result.”

Other in-person wellness-related tours and classes are resuming at Rouses stores. The grocer is set to host an Eat Right Flavor Fest in late April, featuring nutrition information, samples and an appearance by the “Jambalaya Girl of New Orleans.” Virtual classes remain on the schedule as well, including recipe demos.

Thibodaux, La.-based Rouses Markets employs approximately 7,000 people and operates 65 full-service supermarkets in Louisiana, Mississippi and Alabama. The company was named among the "Super Regionals Worth Watching in 2021" by Progressive Grocer and is No. 84 on The PG 100, PG’s 2021 list of the top food and consumables retailers in North America.