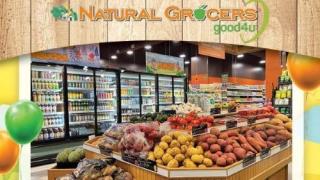 Natural Grocers is putting the final touches on grand opening plans for its latest store in Cañon City, Colo. Slated to welcome shoppers on April 13, the 10,000-square-foot store near Main Street and North 16th Street in the downtown area is the organic and natural retailer’s 32nd location in its home state.

As with other Natural Grocers stores, this one will provide free nutrition education programs. Shoppers can book personalized sessions with the company’s nutritional health coaches, in person or via phone or video.

To commemorate the new location, Natural Grocers is offering activities and deals, including mystery gift cards worth between $5 and $500 for the first 150 shoppers, a prize wheel, sweepstakes and savings on a variety of products from April 13-May 12. Customers are encouraged to sign up for the retailer’s free loyalty program to earn additional discounts and reward benefits.

The new location aims to be a good neighbor, partnering with the Care and Share food bank to distribute nutritious food across the Colorado footprint.

With 162 stores in 20 states, Lakewood, Colo.-based Natural Grocers is No. 95 on The PG 100, Progressive Grocer's 2021 list of the top food and consumables retailers in North America. 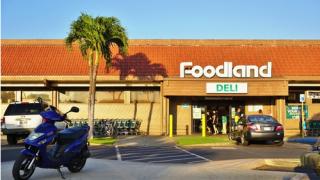 Founded in 1948 and based in Honolulu, Foodland remains Hawaii’s only locally-owned grocer.  The company operates 31 stores across the islands under the Foodland, Foodland Farms and Sack ‘N Save banners and is owned by parent company Sullivan Family of Companies.

“We are committed to continually innovating and improving to ensure we provide outstanding experiences for our customers while also delivering strong financial results,” said Jenai Sullivan Wall, chairman and CEO of Foodland, noting that the company assessed vendors over the past few years to choose a partner to impellent tech-based change.

Chris Koziol, Symphony RetailAI's CEO, said that the company will work to create a foundation of data-driven, AI-based solutions. “We’re excited to team with Foodland to deliver innovative enterprise capabilities that will increase efficiencies and deliver measurable business and financial impact,” he remarked. 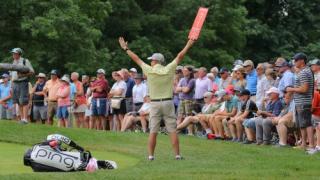 Meijer is teeing up the return of its golf tournament with an announcement of the dates and a call for volunteers. The retailer is hosting and sponsoring the Meijer LPGA Classic from June 16-19 at Blythefield Country Club in Grand Rapids, Mich.

The annual tournament, with a field of 144 top women golfers who compete over four days, raises funds for local food pantries through Meijer’s partnership with the Simply Give organization. Last year’s event raised $1.1 million and the cumulative events have generated more than $8.5 million for the program.

After a 2020 postponement and a scaled-back event in 2021, company leaders say this year’s tournament will attract a throng of golfers and fans, necessitating a solid base of helpers. Meijer is seeking at least 1,000 volunteers to fill roles on 20 different committees and as part of several general volunteer positions.

"We're looking forward to bringing the tournament back in a big way, and that's only possible thanks to the help of so many incredible volunteers," said Rick Keyes, Meijer’s president and CEO. "Volunteers will get the chance to be a part of the action and make an impact on our tournament's mission of feeding hungry families. After two challenging years, we're excited for this event to celebrate our community and our commitment to Simply Give."

To Keyes’ point about getting in on the action, volunteers who pay a $30 fee will receive two official tournament golf shirts, one official tournament hat or visor, four weekly grounds passes for friends or family, and meals and beverages during scheduled shifts. 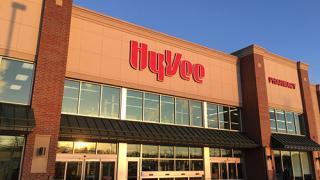 Hy-Vee, Inc. is showing its support for local women- and minority-owned businesses with its OpportUNITY Inclusive Business Summit, which will be held May 25 in Cedar Rapids, Iowa.

The summit will include a small-business vendor expo, workshops and keynote presentations. Women- and minority-owned businesses are invited to apply for the opportunity to showcase their products or services at a pitch competition held during the event. Judges will select three winners, all of which will be awarded with up to $25,000.

Local products or services in the categories of food and beverage, product innovation and technology, health and beauty, sustainability, services and entertainment, will be accepted until April 17 at hy-veeopportunitysummit.com.

Employee-owned Hy-Vee has a team of more than 93,000 employees and operates 285-plus retail stores across eight states. The West Des Moines, Iowa-based company is No. 34 on The PG 100, Progressive Grocer’s 2021 list of the top food and consumables retailers in North America. 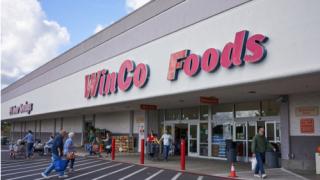 A new WinCo Foods has opened in Eugene, Ore. The latest location at 2815 Chad Drive welcomed its first customers this week with a grand opening celebration that included giveaways, a sweepstakes and specially-decorated baked goods with the company name and logo.

Open 24 hours a day and staffed by an employee base of about 200 associates, this is the second WinCo in Eugene and is across the street from a Costco club store. The retailer renovated the 64,000-square-foot space, which used to house a Shopko store, over the past year.

The addition was not without controversy, however. Some local residents and business owners concerned about potential higher traffic in the area contested the plans, which proceeded after approval by the city and the state’s Land Use board of appeals.

This is the 136th employee-owned store operated by WinCo. The chain was founded as a no-frills grocery store called Waremart Foods by Ralph Ward and Bud Williams in 1967. In 1985, the company became a majority employee-owned and changed its name to WinCo Foods in 1999. WinCo is No. 44 on The PG 100, Progressive Grocer’s 2021 list of the top food and consumables retailers in North America. 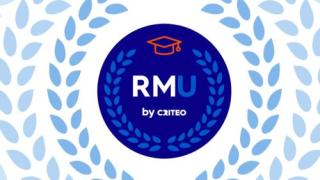 Looking to help retailers, marketers and agencies get up to speed with the increasingly important retail media landscape, online advertising company Criteo has introduced a new program dubbed Retail Media University. According to Criteo, the first-of-its-kind program will help users better understand how retail media works and why it’s so important.

“Through highly interactive and entertaining virtual courses, Retail Media University educates users on how to take their advertising campaigns to the next level with advanced retail media tactics,” the company said.

The first course in the program, titled Retail Media Platform Certification, offers retail media basics, multimedia training modules and hands-on experience with Criteo’s Retail Media Platform, which helps enable brands to reach shoppers with personalized ads at the digital point of sale. Course graduates will also receive a completion badge that can be displayed on their LinkedIn pages.