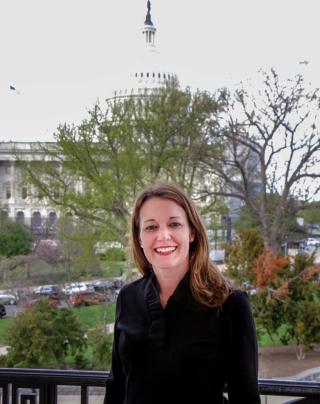 The Consumer Brands Association has hired Jen Daulby, who will join the organization’s senior leadership team as SVP, government affairs on April 26. Daulby’s most recent position was minority staff director for the Committee on House Administration and previously held various roles on Capitol Hill and with two consumer-facing Fortune 500 companies.

“Jen is a smart, pragmatic and results-oriented professional with profound experience navigating the most complex regulatory, legal and political issues,” said Consumer Brands President and CEO Geoff Freeman. “As we unite the CPG industry around our focused advocacy agenda, Jen brings leadership, expertise and a deep knowledge about the intersection of business and government I know will benefit Consumer Brands and our members.”

Daulby brings extensive legal and policy experience to her latest role, having provided analysis of complex federal issues for committees and members of Congress. As minority staff director for the Committee on House Administration, she led a proactive minority party agenda and coordinated high-profile operations with a commitment to bipartisan outreach. She was also chief of staff to Rep. Rodney Davis, R-Illinois, counsel for Rep. Steve Chabot, R-Ohio, and counsel for the Committee on Agriculture.

Daulby also has an understanding of consumer-facing industries, gained during her stints as director of government affairs at Monsanto and Land O’Lakes.

“The Consumer Brands Association is at the forefront of some of the most significant policy matters facing leaders today, and I am excited to be joining this innovative team,” said Daulby. “There is a tremendous opportunity to strengthen the voice of Consumer Brands and tell the stories of its members here in Washington and beyond, and I look forward to advocating for solutions that unite the entirety of CPG.”

As well as guiding the organization’s integrated approach to advocacy, Daulby will oversee federal and state government affairs.