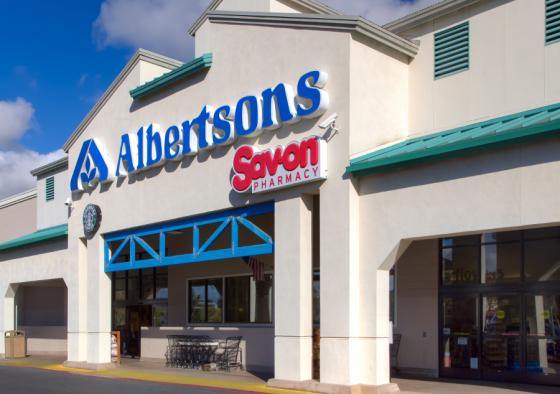 Albertsons Cos. could be the next U.S. food retailer to roll out checkout-free technology similar to Amazon Go’s “just walk out” system, business journal BoiseDev.com reported, citing information from a presentation last week.

Specifically, Shane Sampson, chief marketing and merchandising officer of the Boise, Idaho-based retailer, said the retailer is experimenting with “Amazon Go-like technology” specifically for use with a “limited set of products, like Plated” meal kits and other prepared offerings. Customers would be able to grab what they want and leave the store without having to scan a barcode or go through traditional checkout.

The technology, whose in-store pilot has not yet begun, also is expected to be incorporated at Albertsons Cos.' own gas pumps. During the same call, Albertsons Cos. said it has developed a one-touch pump-and-go process that uses mobile devices to speed up the process of purchasing gas and filling a vehicle’s tank. It will be tested in Boise.

The news from Albertsons Cos. came the same week multiple outlets reported that Amazon is planning to expand its own “just walk out” concept to San Francisco and Chicago. Both new stores will reside in downtown neighborhoods: Chicago’s Loop, and San Francisco’s Union Square. Reports also hint at other location possibilities, The Seattle Times noted.

If Albertsons plans to power its new concept with the same type of technology that powers Amazon Go, then the concept would employ the same innovation found in self-driving cars: computer vision, sensor fusion and deep learning. Amazon Go uses all of these to automatically detect when products are removed from or placed back on shelves. Patrons download and check in via a mobile app, take what they want and walk out the door, where they are charged for the products they take with them.

Like the Seattle-based ecommerce giant before it, Albertsons Cos. might have its work cut out attempting to tackle technology that can detect what customers are picking up, replacing and taking out of the store. However, it has the advantage of not being first to market. It could very well learn from Amazon and avoid the pitfalls that forced Amazon to delay opening its first Amazon Go store to the public by 10 months.

During a March presentation at ShopTalk in Las Vegas, Amazon Go VPs Dilip Kumar and Gianna Puerini shared several issues they had to correct before the public debut could occur, including pulling off the “just walk out” technology in a way that makes it seamless and effortless, developing algorithms that are beyond state-of-the-art for computer vision and machine learning to solve the problems of who took what, and creating the robust hardware and software infrastructure to support everything. Even retraining customers’ behavior when shopping and leaving a typical grocery store presented a challenge.